December 7, 2013 (No Comments) by celebsonyachts 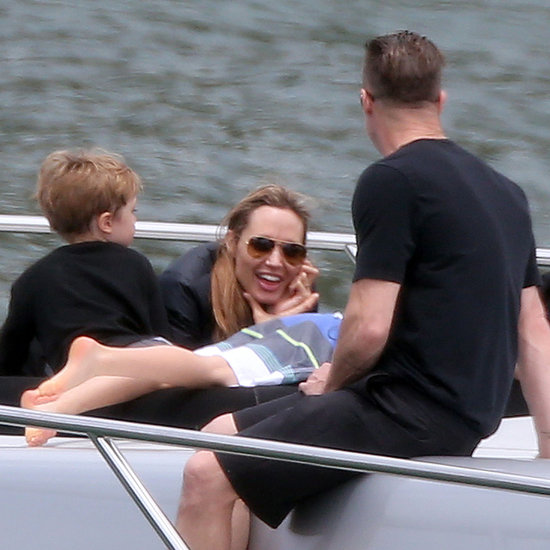 Following an enjoyable 5-star stay on luxury yacht Quantum for an interview, Brad Pitt later took Angelina Jolie and the family on a vacation in Sydney Harbour on board luxury yacht Ghost. Brad and Angelina watched lovingly as their kids played at the front of yacht and Knox learnt how to paddle-board.

Brad has been filming war drama Fury in England, whilst Angelina has been based in Sydney directing her next feature, Unbroken. Brad was set to fly out to his family just after his 50th birthday on December 18 to join fiance Angelina, but it looks as though Brad headed out there earlier than planned!

Brad was spotted taking photos of his gorgeous wife and their 6 children to add to the family album. Cute!

This is the first time the two actors – who met eight years ago on the set of Mr. and Mrs. Smith – have been apart for so long.

They were last together on 16  November when the the Girl Interrupted Oscar winner was picking up a Humanitarian Award at the Academy Of Motion Picture Arts And Sciences fifth annual Governors Awards in Los Angeles. Reports said that the two were affectionate as they sat next to each other during the ceremony.

Since that time, Angelina has been spotted spending her free time with Vivienne and Knox in Sydney.

Their yacht Ghost has state-of-the-art sound systems and flat screen TV’s throughout but it seems this happy family only wanted to spend time enjoying each other’s company! 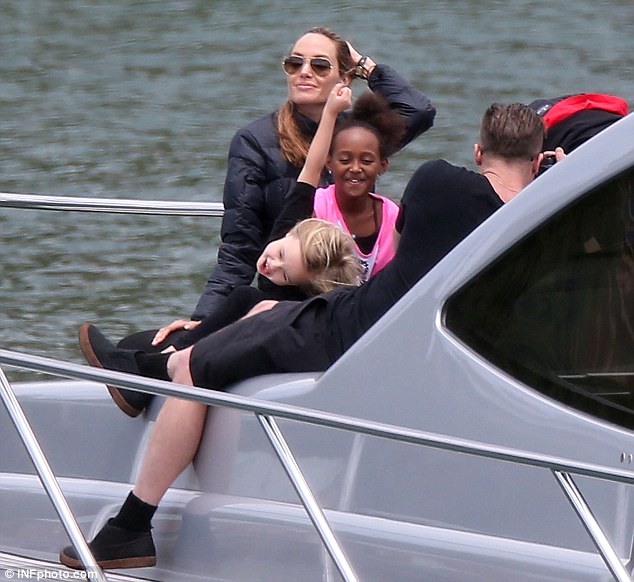 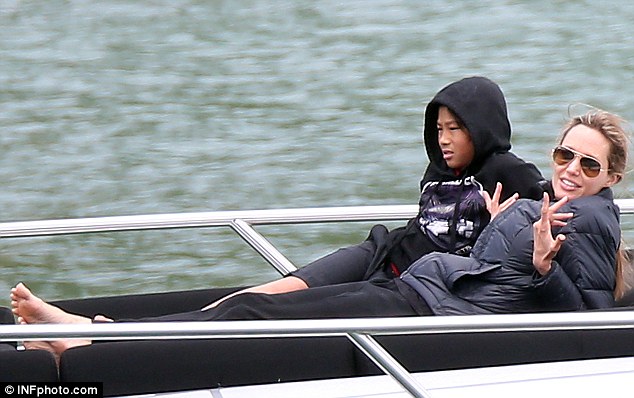 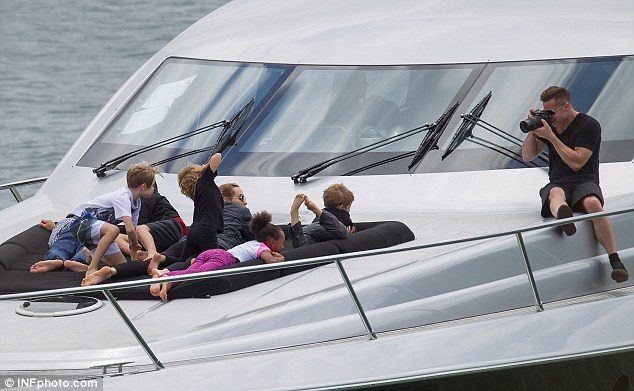 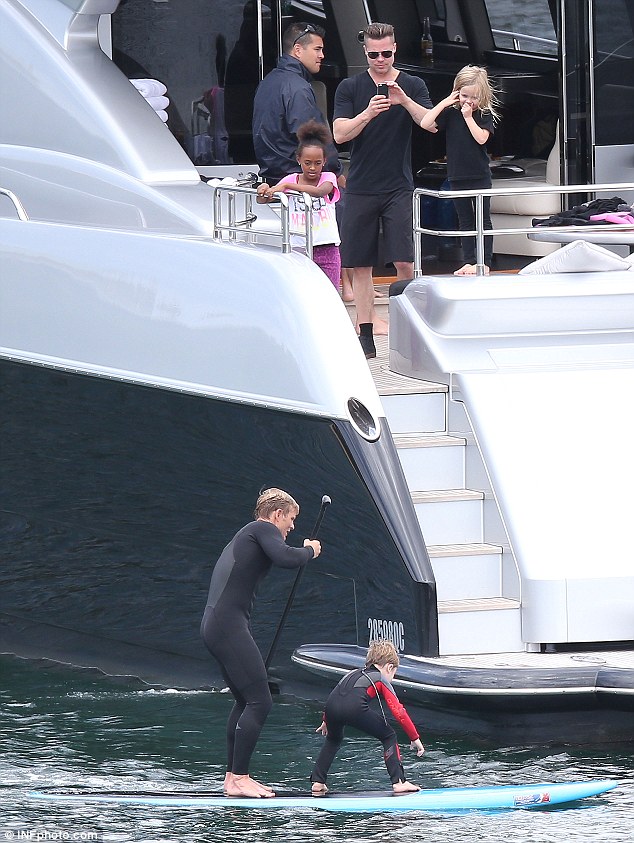 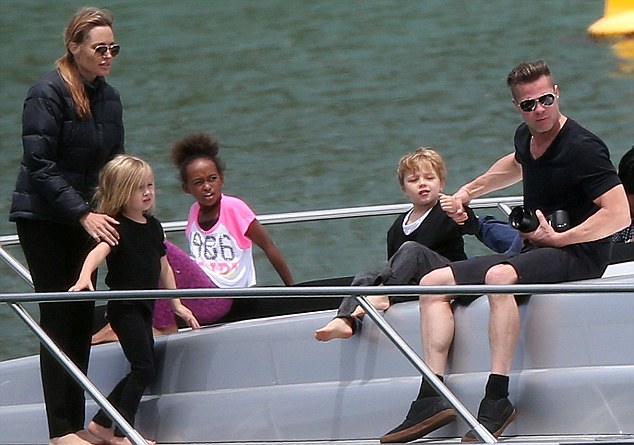 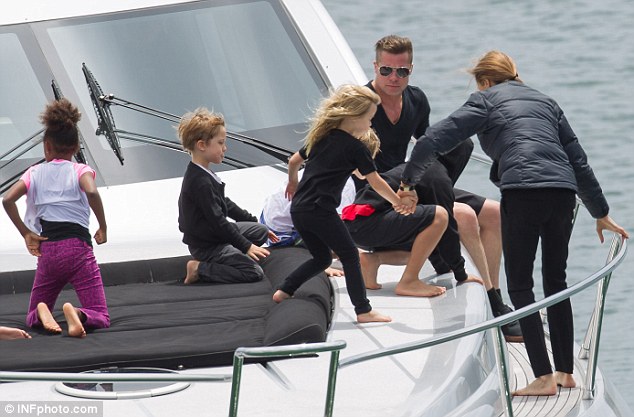 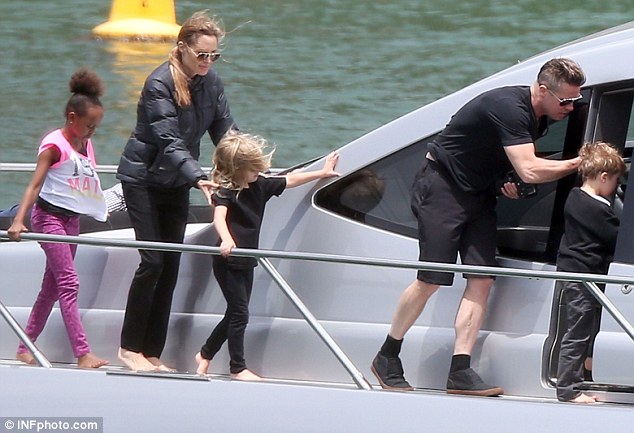 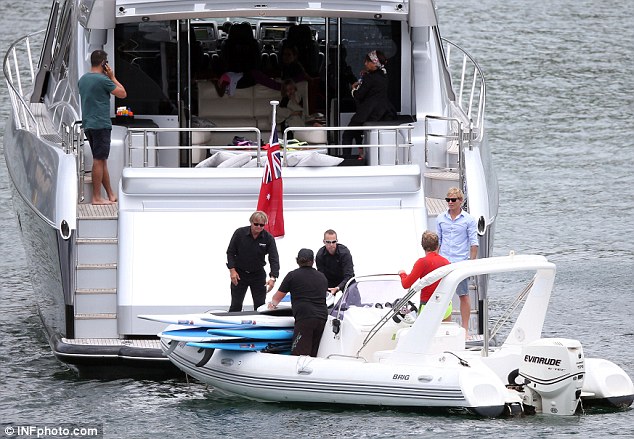