Chris Brown Lives It Up on 440ft Megayacht Serene 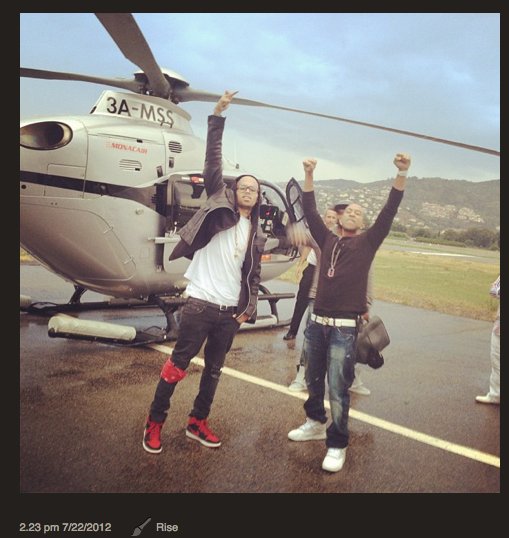 Rapper Chris Brown is rumored to be on board a Russian oligarch’s  440ft megayacht Serene in St Tropez but the big question is – who has joined him? Could it be that the love of his life, Rihanna, popped across to visit from her superyacht, the 170ft boat named Latitude? 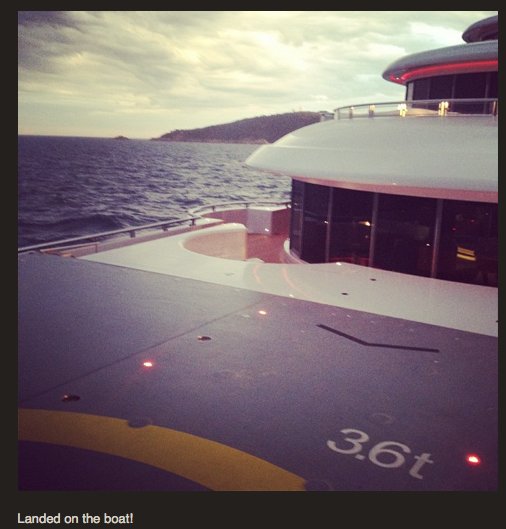 Well, it is thought that late last night the troubled celebrity couple had an intimate date aboard the luxury yacht following his arrival in Cannes.

According to a UK newspaper, the DailyMail, motor yacht Serene is owned by Russian vodka titan Yuri Scheffler and is is one of the biggest yachts in the world, and to give you an idea of how size matters… Serene is around the length of one and a half football fields… 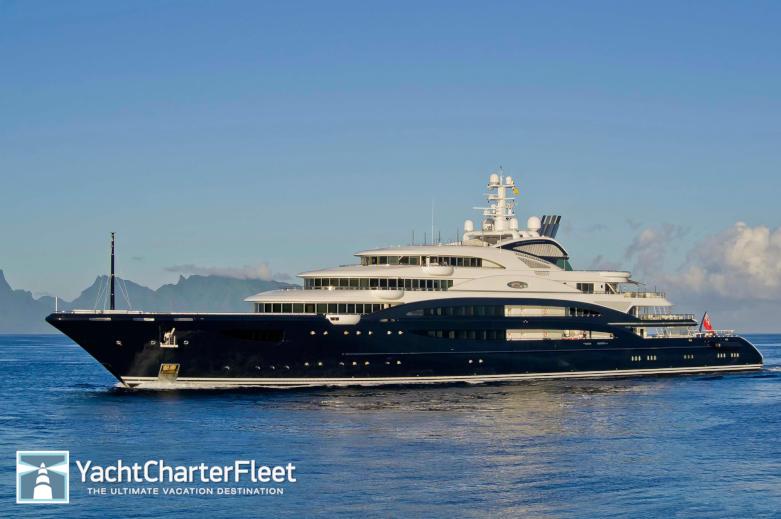 Chris was pictured to be with fellow rapper Ludacris and they won’t have been lost for things to do – especially with the huge amount of fun they can have on board! 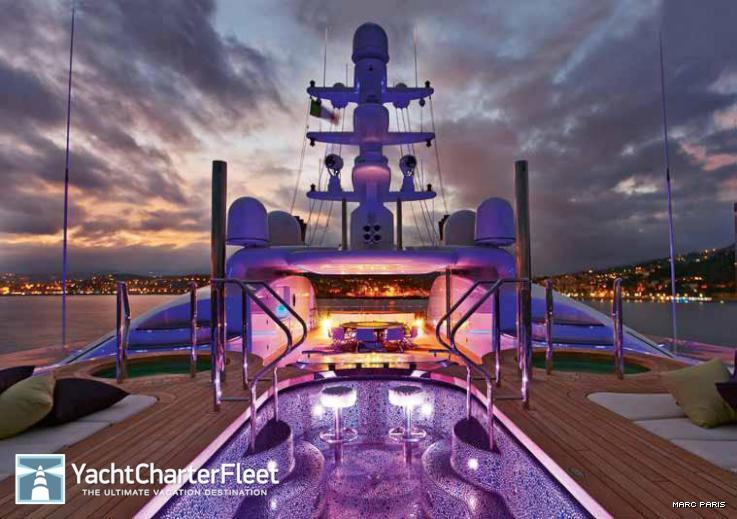 Serene comes with an indoor climbing wall (that gives you an idea of how tall the yacht is), a health spa and beach club, multiple swimming pools, an underwater viewing room and two helicopter landing pads! 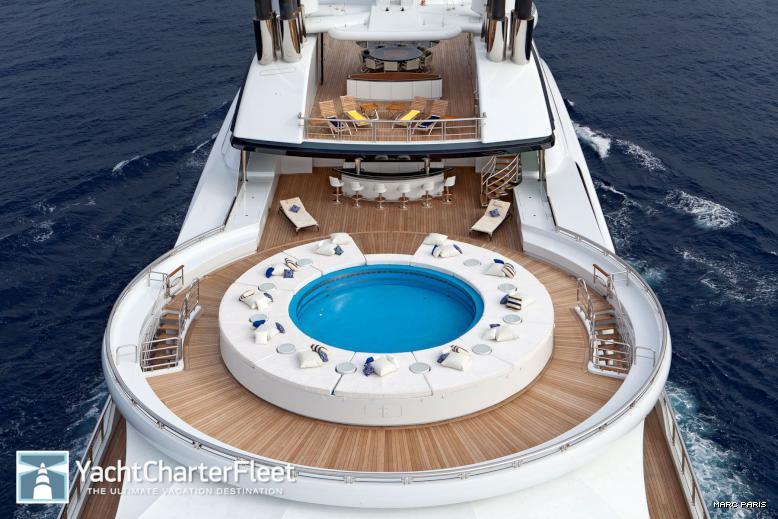 But in today’s social media age, if you are Chris Brown and Ludacris – the temptation is too great to not Instagram  and Tweet the moment! Chris Brown was photographed on Sunday while checking into the St. Martinez Hotel in Cannes, but then tweeted that his helicopter (flown by Ludacris) had landed on a boat in St. Tropez. 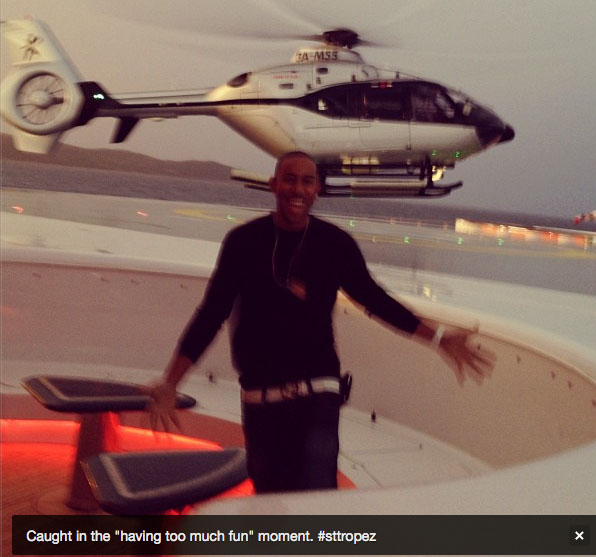 Shortly after Brown touched down in the helicopter, RiRi tweeted: ‘Touch down baby, help me pick out my fit’. Was this just a coincidence?!

Rumor has it that Chris made a snap decision to head to the French Riviera to be close to Rihanna even though he is supposed to be currently dating on-off GF Karrueche Tran.

There has been a bit of confusion about  Karrueche’s whereabouts as she was spotted with Chris when he landed at Nice airport.

But when Chris jumped on the helicopter with Ludacris to head off to Cannes to shoot a music video – Tran wasn’t invited along for the ride.

Chris’ people have denied any meet up with Rihanna and said, ‘CB is in France to shoot a music video for Swizz Beatz album and Ludacris is in it. It’s Swizz’s song. Karrueche is there with him…They never broke up. There is no Rihanna connection.’

We can only be left to wonder therefore as to what Rihanna’s mystery message on Twitter meant, the day after… ‘#3words last night was beautiful’.

If you want a peek inside the amazing 440ft (134m) yacht named Serene… click here!