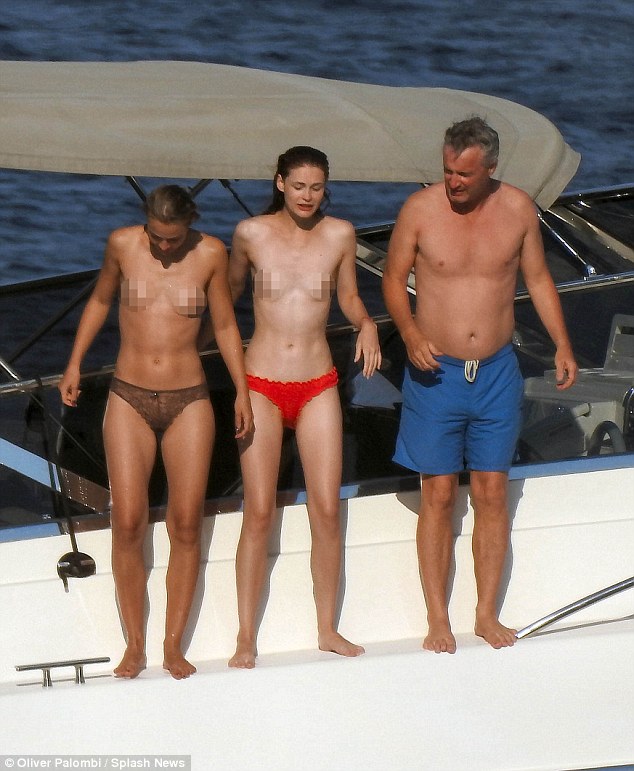 Retired British Formula 1 driver Eddie Irvine showed he’s still got it on a recent vacation in Portofino, Italy on board the luxury yacht Diversion .

He may be 49, but this silver fox clearly still has a way with the ladies, as he was joined by two beauties (who looked a lot younger!) who seemed to have just brought their lacy underwear for the yacht trip…. Maybe its the Irish charm?

Eddie, rumored to have a net worth of $120 million, seemed to be very taken with the topless beauties… and was unable to take his eye off them as they prepared to leap of the side of the yacht. 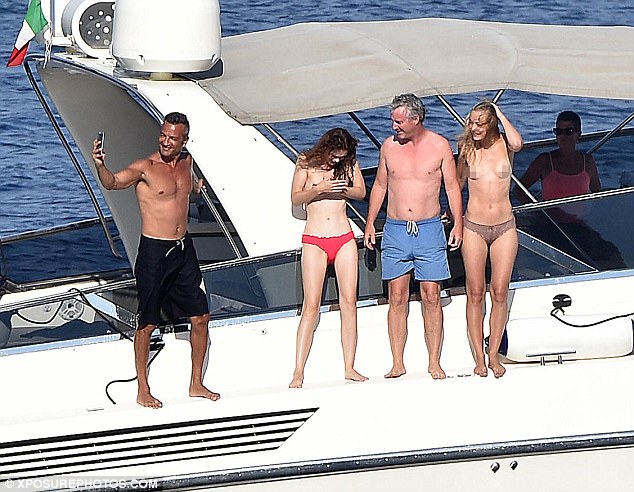 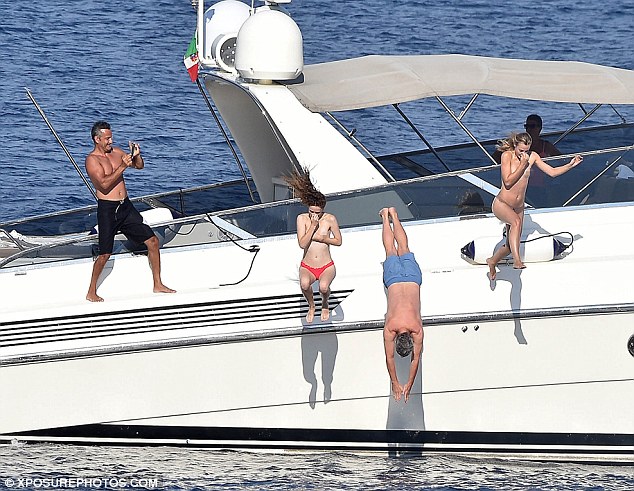 ‘Fast Eddie’ has previously wooed Baywatch babe Pamela Anderson, models Kate Moss and Rachel Hunter and singer Kylie. He even had a fling with an 18-year-old Kelly Brook when he was 32… wow.

He was joined by another man and woman on the holiday, who looked a lot more his age than these twenty-something beauties. His guy pal took photos of Eddie and the girls as they dove into the Mediterranean, with Eddie showing off some killer diving skills! 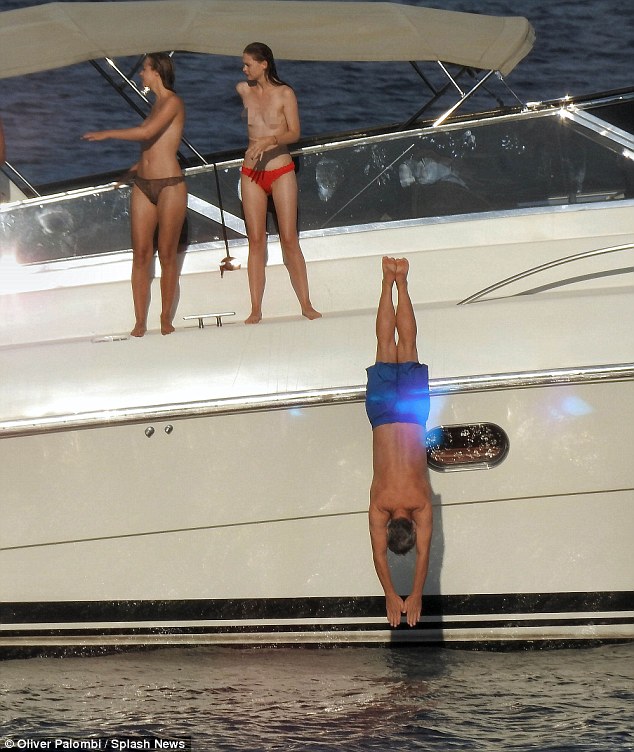 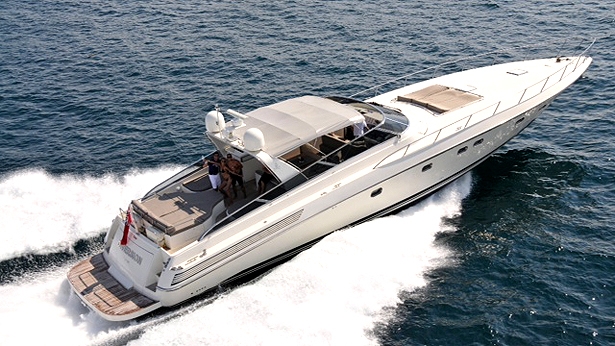 Eddie was later seen tickling one of the women’s feet as she sunbathed. She clearly didn’t mind that he’s got quite the belly on him lately… compared to the toned physique of her and her girlfriend. 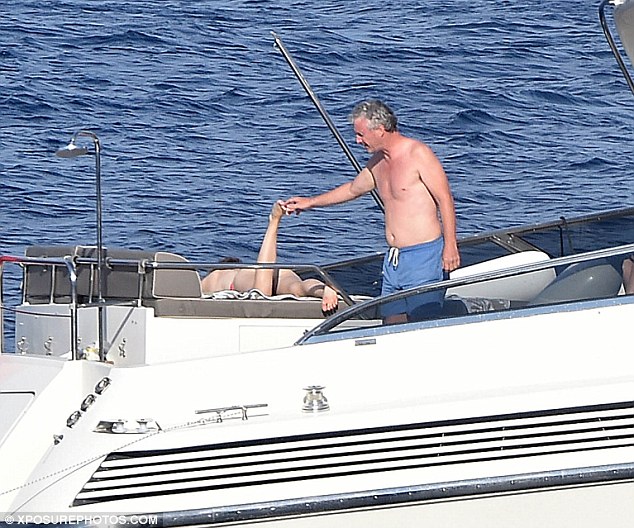 According to yachting sources, millionaire Eddie splashed over $40,000 per week out on renting the 25m (82ft) open yacht Diversion for his summer vacay. Perfect for the speedstar, the yacht can reach a top speed of 40 knots, which is over 45mph – yowza! With a modern design and plenty of deck space for entertaining or sunbathing, it was ideal for impressing the two ladies that joined him on board.

Check out pics of the stunning yacht below! 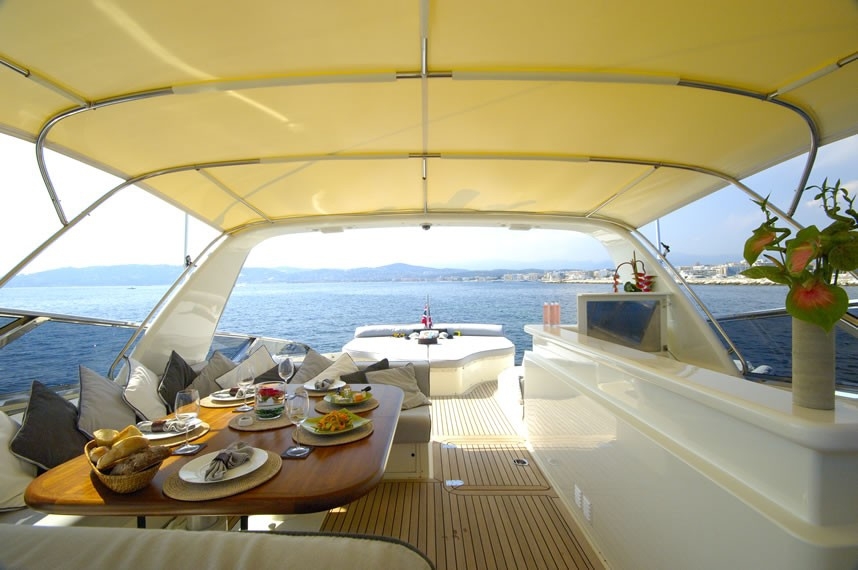 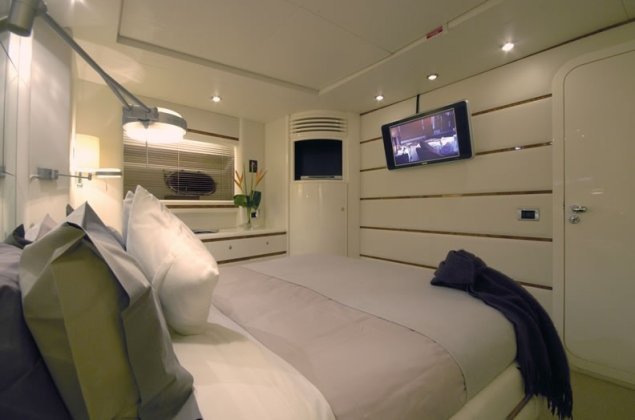 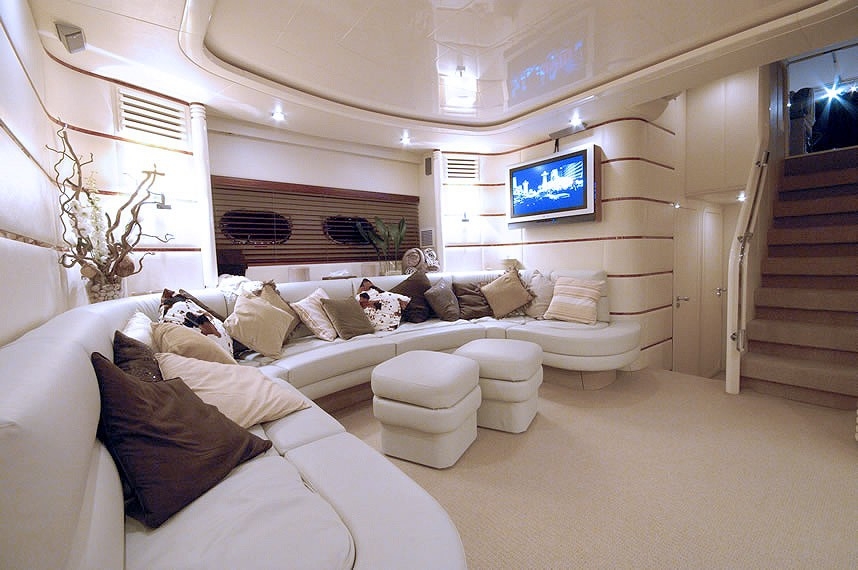