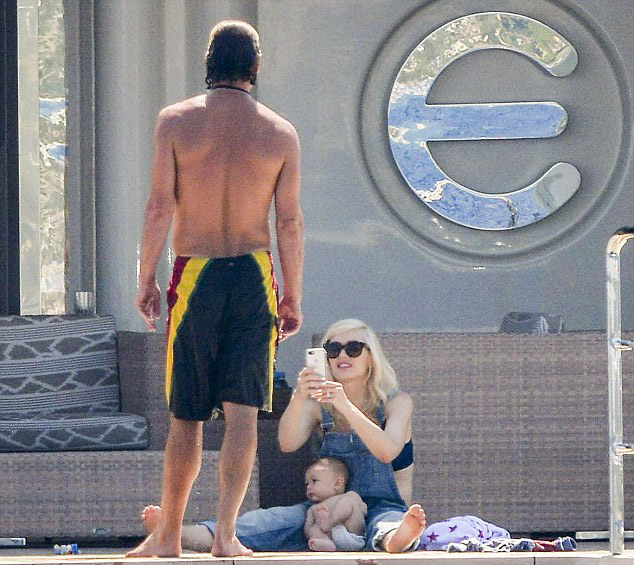 Gwen Stefani with Gavin Rossdale and baby Apollo on board Luna

Baby on board – No Doubt about it!

Pop singer and frontwoman for band No Doubt, Gwen Stefani caught everyone’s attention as she left Club 55 in St Tropez with hubby Gavin Rossdale and their adorable baby Apollo.

Word is they were on their way back to the 380ft (115m) megayacht Luna – which was once owned by Russian billionaire Roman Abramovich, the owner of Chelsea Soccer Club in the UK.

Luna is the world’s 2nd largest expedition yacht, behind Paul Allen the Microsoft co-founder’s 414ft (126m) yacht Octopus, and she was designed to go anywhere on the planet including the arctic with her ice proof hull.

There is talk in the press that she is fitted with an anti-missile defense system similar to her mother-ship Eclipse, but I doubt it.  She does however feature 2 helipads which allows her owner and his guest to park their helicopters at the same time.

This unique boat can accommodate up to 18 people on board and a crew of 50 – which is more than 2 crew members per guest!  As with all of Abramovich’s yachts there is a veil of secrecy around Luna, with no photos of her interior ever been published, however according to my sources she has a stunning “beach club” inspired interior by the British yacht designer Donald Starkey.

According to the industry’s online charter website the luxury motor yacht Luna is available for private charters from €1,000,000 EUR per week.

Her fuel tanks can hold over 1 million liters (260,000 US Gal) of diesel so filling her up would cost more than a house in some parts of the USA. 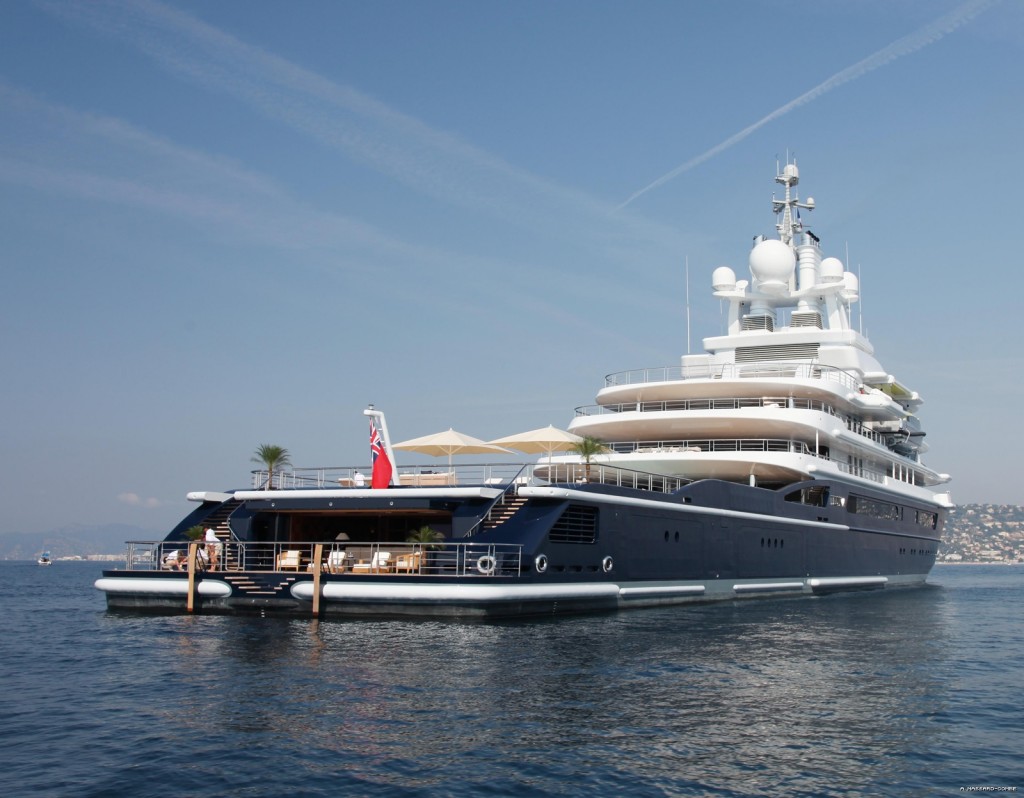 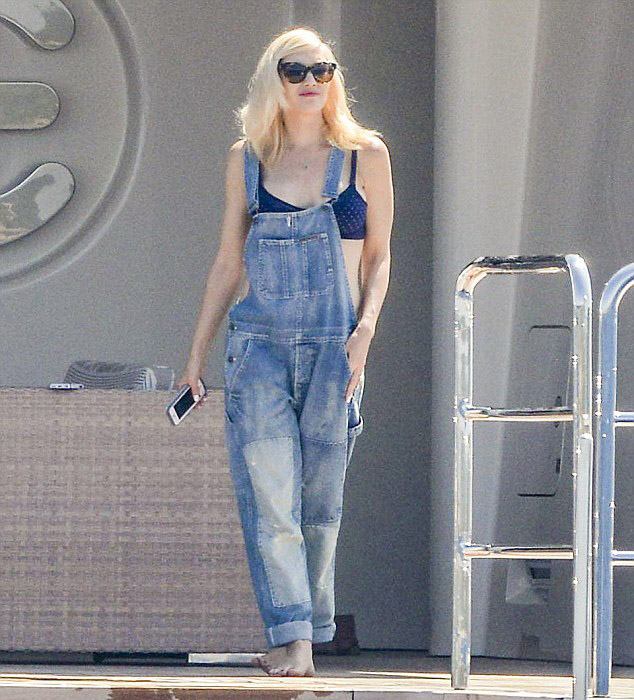 The new coach on The Voice and her 47-year-old beau and Bush frontman began their vacation on July 20 when they flew into Heathrow airport before flying out for a brief visit to Switzerland and then returned to the UK before moving down to the Mediterranean for some fun in the sun. 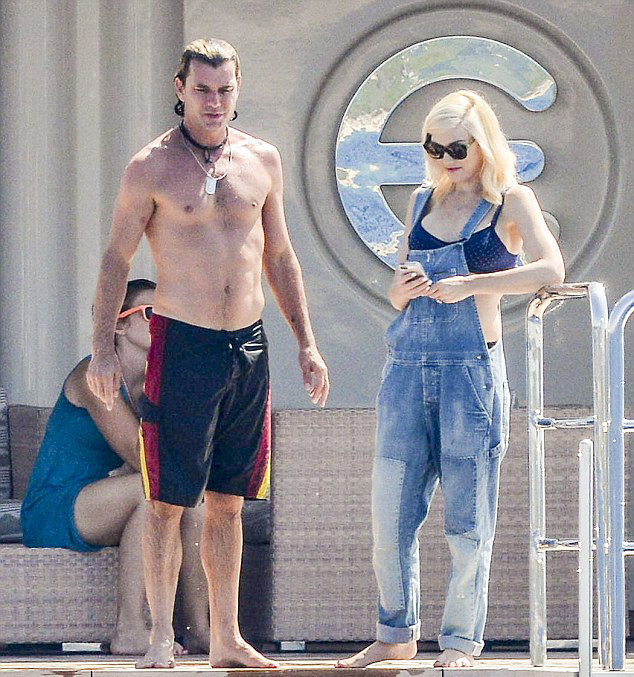 They better have a great holiday as the couple who have been together for a decade, will be working together on TV very shortly. Gavin Rossdale will be Gwen’s official ‘Team Advisor’ in the seventh season of US version of The Voice, which premieres on September 22 on NBC. The Don’t Speak singer will join new coach Pharrell Williams and current coaches Blake Shelton and Adam Levine on the popular singing competition. 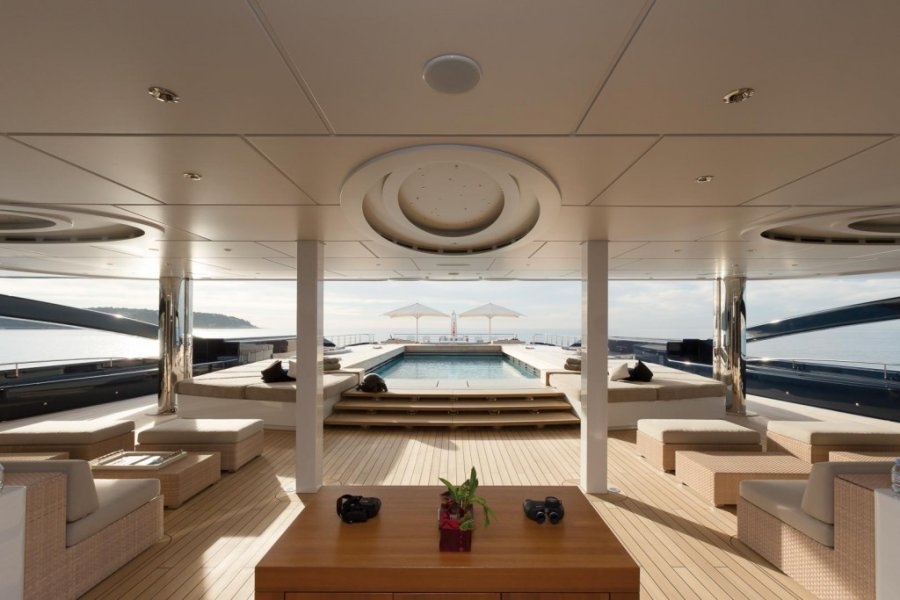 We wonder if mum-of-three Gwen took a dip with Apollo in the huge swimming pool? Maybe she rocked out to Hollaback Girl on the yacht’s dancefloor? 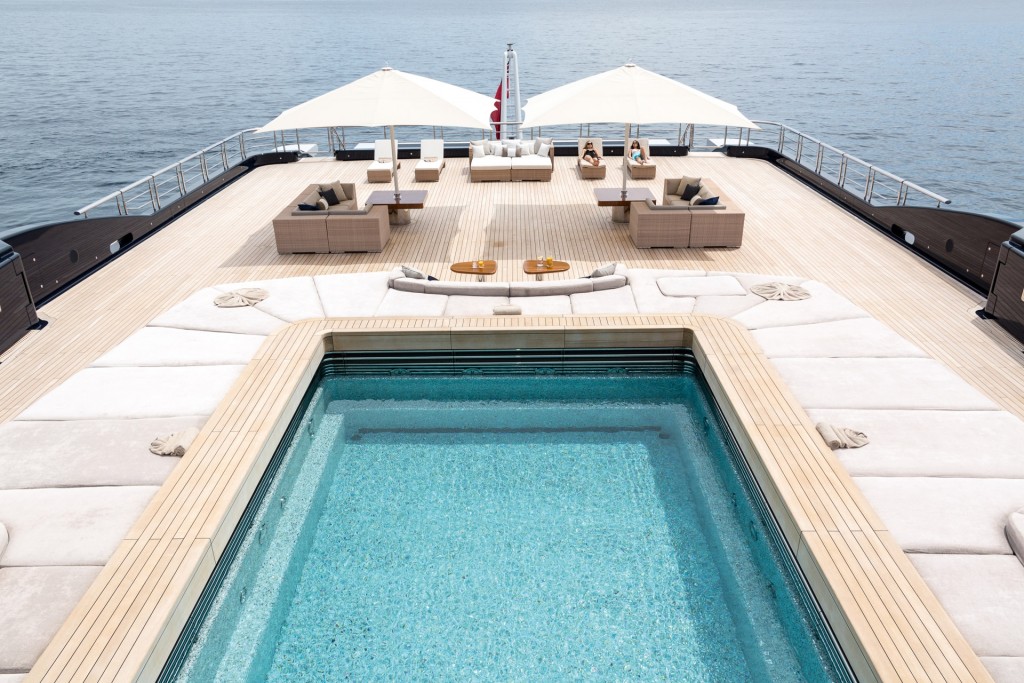 The pool on board superyacht Luna