October 2, 2014 (No Comments) by celebsonyachts 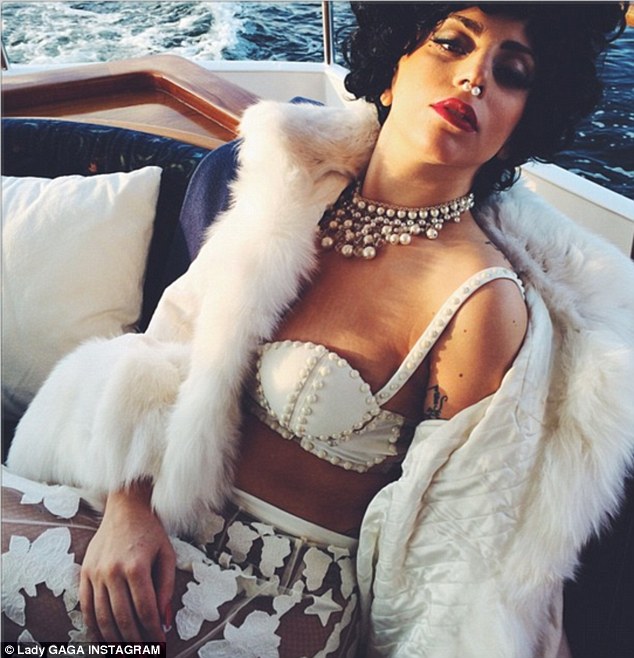 Lady Gaga took to the water on luxury yacht Mercedita to celebrate that she has made it to the top of the charts again thanks to her collaboration with Tony Bennett. And she wasn’t alone on the yacht – she was accompanied by her dog Asia.

The fashion-forward popstar was back in another eye-catching ensemble as she spent a glamorous day on board the luxury yacht in Sweden on Wednesday.

Lady Gaga looked as though she was attempting to channel both Elizabeth Taylor and Madonna in her ensemble. the bra might not have been worn in public by National Velvet star Taylor, but it most certainly would have been donned by the Queen of Pop!

She captioned the shot: ‘ Celebrating our Billboard #1 Top 200, #1 Jazz and #1 Traditional Jazz Albums in the US!

‘Sending Tony love across the seas. And to the fans, it’s hard to even find words. I’ll put it in a song.’

Her French Bulldog was safely lifted on board by one of Gaga’s entourage so he could join ‘Mother Monster’ for the vacation.

Their record, Cheek to Cheek, where they sing classics such as Anything Goes and Let’s Face The Music And Dance, sold 131,000 copies in its first week.

As with most things, Gaga prefers the extraordinary and her yacht was no different. Merceditas was famously owned by Prince Ranier of Monaco and features a stylish classic interior fit for celeb royalty! 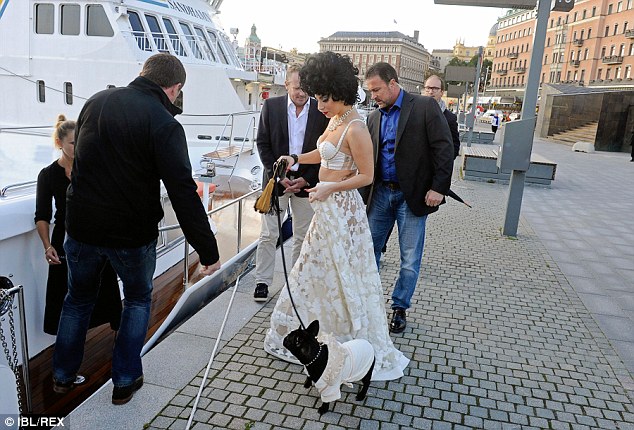 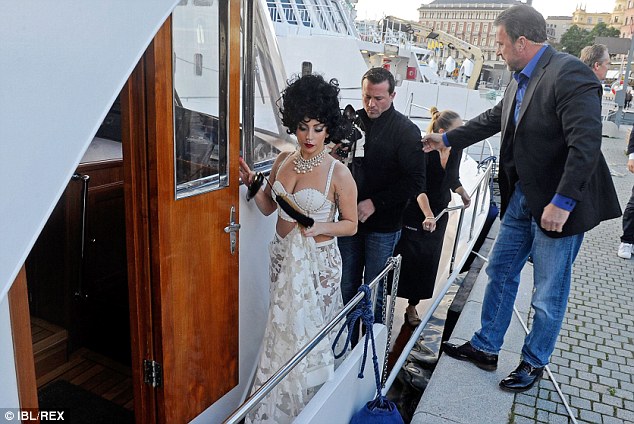 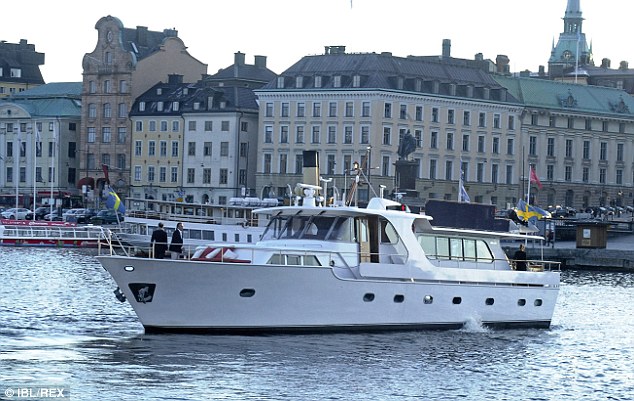