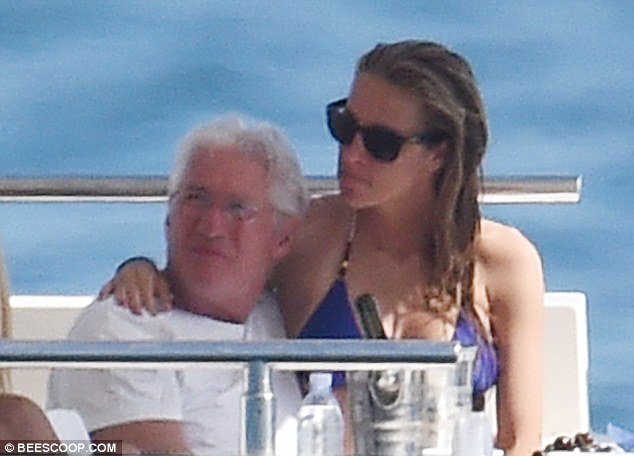 Who is that silver fox with a super-hot babe on his lap? None other than Pretty Woman star Richard Gere – who was seen with his new love interest off the coast of Sicily on board the superyacht named Grazia.

The beautiful boat was built by Overmarine in 2000, is 33m long and can accommodate up to 8 guests and 4 crew members.

Following his split from wife of a whopping 18 years, Carey Lowell, Gere is now enjoying spending time with Spaniard Alejandra Silva, who at 32 years old, is exactly half his age.

Not much is known about her other than that she likes to mingle and party in high profile Spanish socialite circles and has a son, Albert, from a previous relationship.

She is the estranged wife of Govind Friedland, the son of American mining magnate Robert Friedland and is currently in a dispute over finances.

Richard Gere diving off the superyacht

According to reports in the US, Richard and wife Carey split after growing apart over their different lifestyles. The 64-year-old heartthrob prefers to live a more private life and is busy pursuing his work for ecological causes and AIDS awareness. 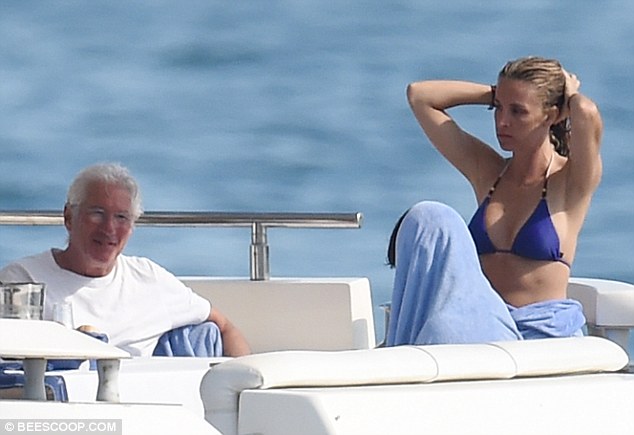 They have opted to take their vacation in the Mediterranean as they are attending the annual film festival in Taormina in Sicily. In between work though, Richard clearly is enjoying the sights and some action in the water. He is taking a break from filming Oppenheimer Strategies, where he is in the lead role alongside Downton Abbey star Dan Stevens and Boardwalk Empire’s Steve Buscemi.