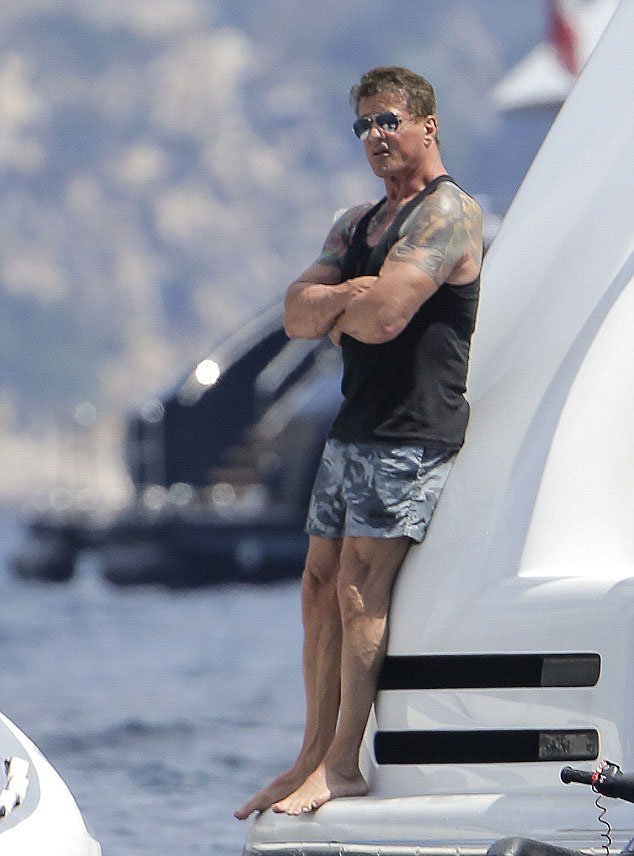 Sly on board the superyacht in St Tropez

‘Rocky’ actor and all-round tough guy Sylvester Stallone was recently spotted on board a huge luxury yacht in St Tropez with all the family! 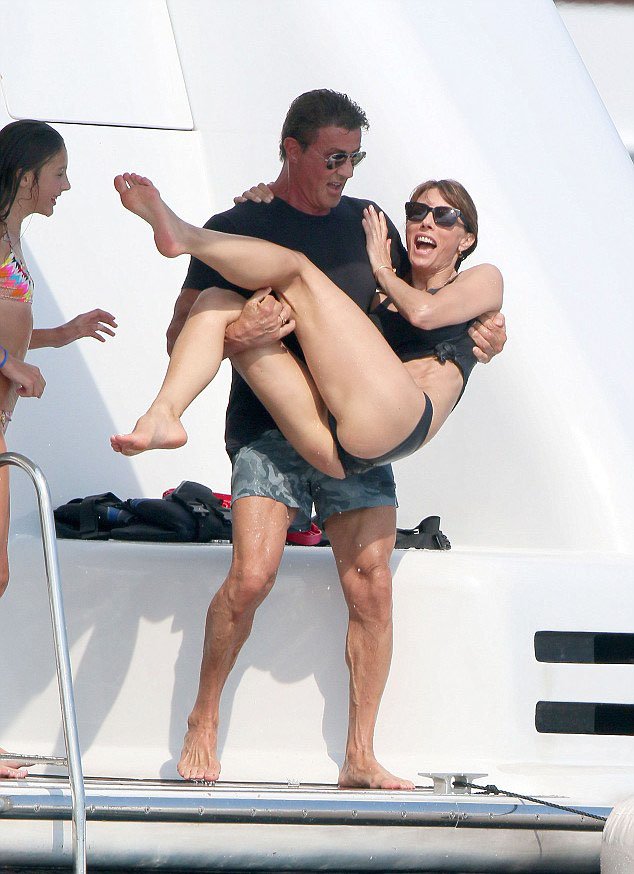 The Rambo star  was spotted on Saturday with his wife Jennifer Flavin and three daughters Sistine, Sophia, and Scarlet on board 162ft (50m) superyacht Te Manu, which according to YachtCharterFleet, a leading online rental website, costs approx $180,000 per week to hire, plus costs. Why wouldn’t you when the yacht comes equipped with a Jacuzzi, gym and lift to get you from floor to floor!

The celeb was seen jetskiing with his daughter during the trip enjoying the gorgeous sunshine of the South of France. There’s nothing like family time when you’re a millionaire, huh? 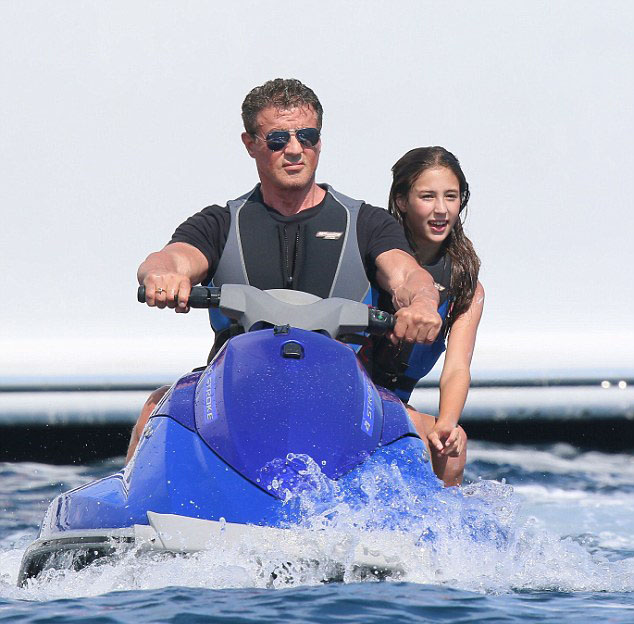 On board a jetski with his daughter

The action star will head off to Manchester, UK later next week to appear at the Phones4u Arena for ‘An Evening with Sylvester Stallone’.

The event which takes place on August 1, will start off with a 90-minute interview and will be hosted by Hollywood journalist Sandro Monetti. After that one lucky fan will get a chance to meet the Stallone in person – provided they can prove they are his biggest fan!

Meanwhile Sly’s co-stars in The Expendables 3 were in San Diego for the annual Comic-Con event. Action stars Dolph Lundgren and Wesley Snipes were spotted signing autographs for fans and were also seen taking part in an interview session for the film at the Hard Rock Hotel in San Diego with co-stars Randy Couture and Kellan Lutz. 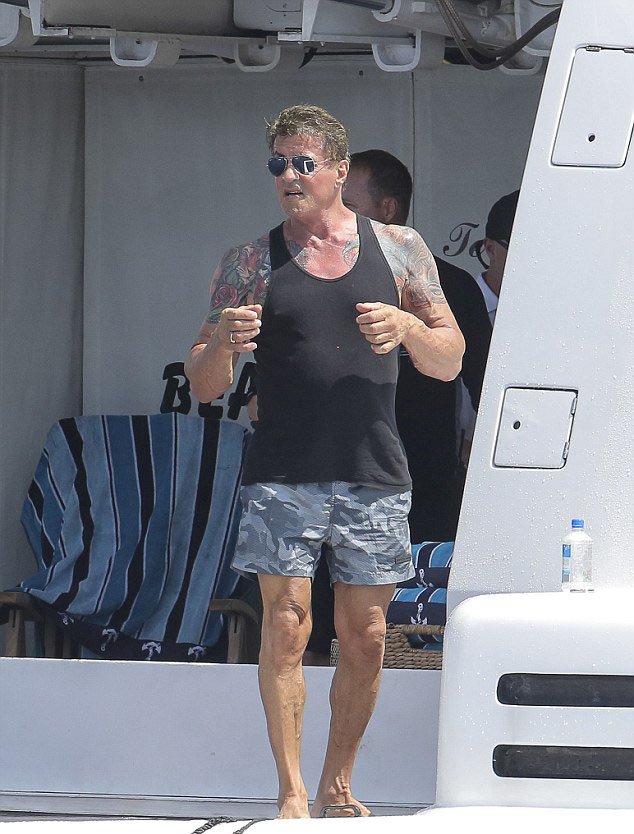 But for now, until the film promotion circuit starts, Sly seems right at home here on the water…