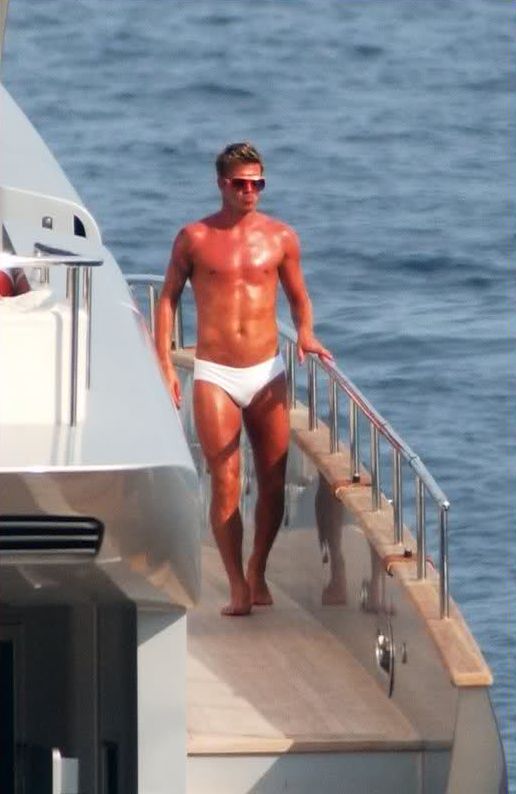 Soccer star David Beckham and his wife Victoria took a relaxing break from their hectic lifestyle of being one of the worlds most-talked about couples to celebrate their 7th anniversary on board a luxury yacht in Italy.

It turns out good friend, designer Roberto Cavalli, lent his $47 /£30 million yacht RC to the couple.

The 134ft/41m superyacht RC stands out at any harbour thanks to it’s curvy design and metallic colour. The yacht has a typically extravagant leopardskin design and features a gym so David can keep as fit as possible during their vacation. Apparently, 8 people can stay on board and be tended to be a crew of 4.

According to yachting sources, RC can reach a top speed of 35 knots (aka 40mph) – perfect for cruising the coast!

David and Victoria’s kids reportedly stayed in Madrid with their grandparents so the couple could enjoy some romantic alone time.

Becks sported a particularly skimpy variety of white speedo’s during the trip and was spotted diving into the ocean with friends whilst Victoria chilled out in the sun in a revealing black costume.

Rumours say the couple acted as loved-up as ever (even if David did get a little sunburnt!) See pictures of Roberto Cavalli’s yacht RC below! 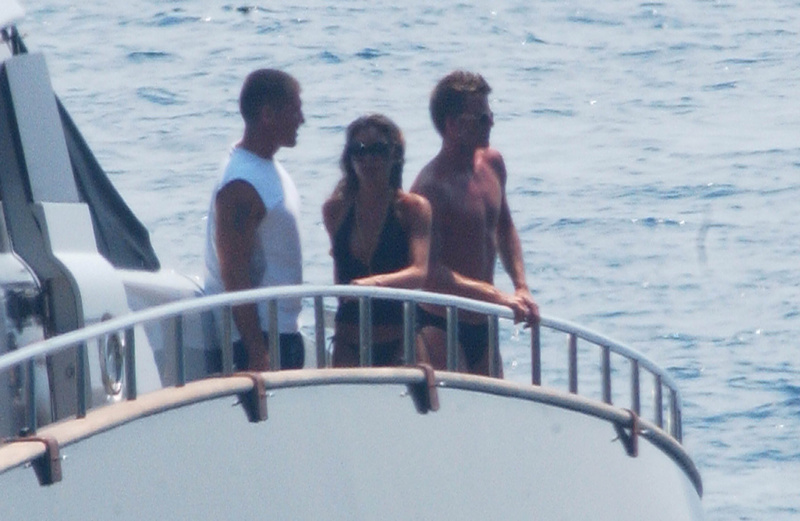 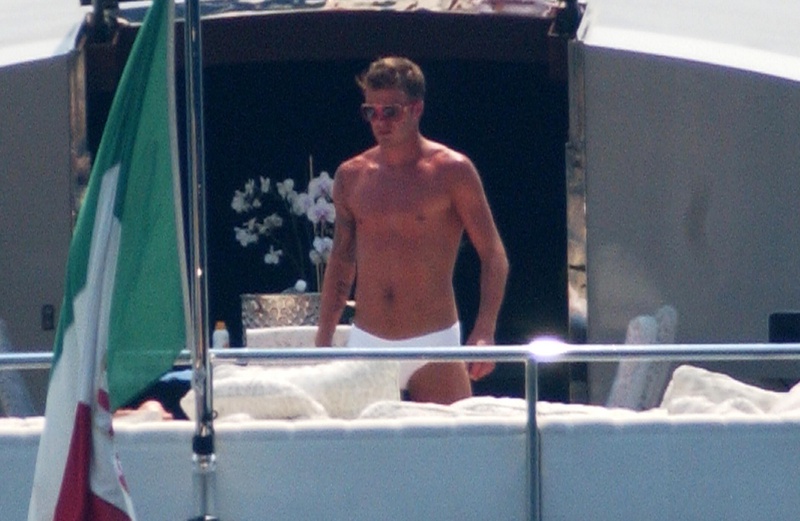 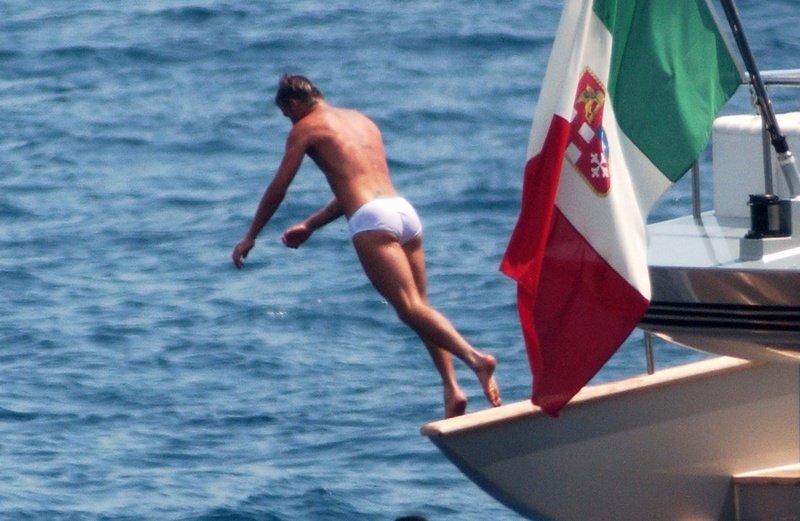 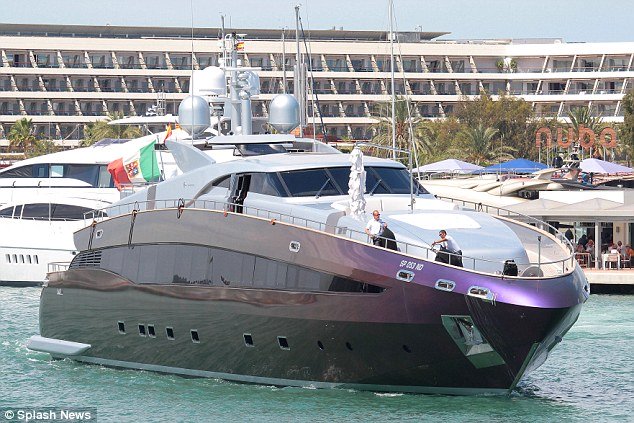 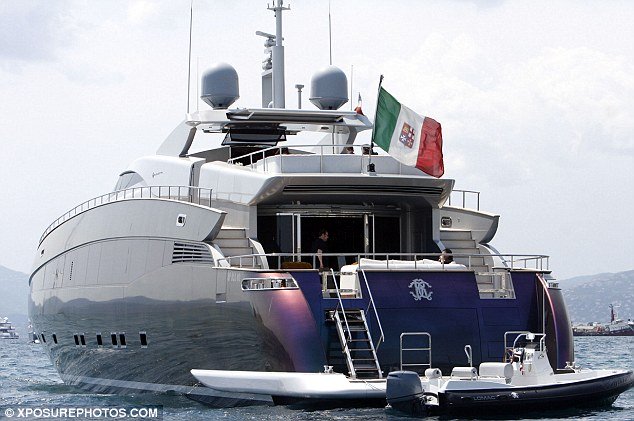