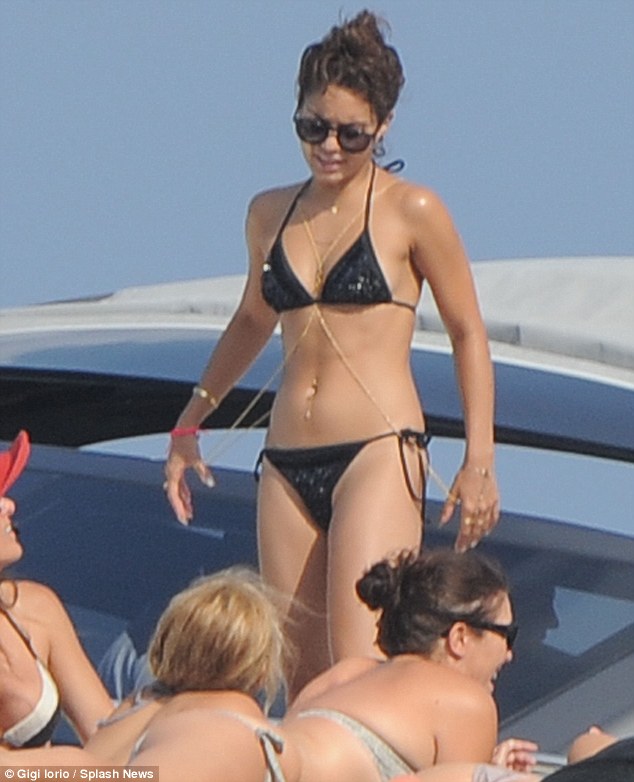 Forget High School – this is more like Spring Break!

Vanessa Hudgens flaunted her flawless bikini-bod on a recent cruise with friends around Italy on board a yacht.

She might look like she is having nothing but fun but Vanessa is is currently busy promoting her new movie, The Frozen Ground, at the 2013 Ischia Global Film And Music Festival in Italy.

The girlfriends joked around pretending to meditate and were joined by director Eli Roth and former Monty Python and film director Terry Gilliam.

Vanessa and Eli, director of ‘The Hostel’ films seemed to be enjoying one another’s company – but should not be confused as being a couple.

Eli had been dating a brunette beauty while Vanessa is in a relationship with Austin Butler, but the usually smitten pair have not been spotted together for some time.

Her co-star is Oscar winner Nicolas Cage and he is also in town, being honoured as a film legend by the festival.

The two have been attending numerous red carpet events to promote the movie in which Vanessa admitted she was so far removed from her role as a prostitute in it that she didn’t even recognise herself. And while she loved acting in it, she is not a big fan of horror films!

By the looks of these pictures though, she is about as far away from a horror movie as she can get- looks a lot more like the lap of luxury! 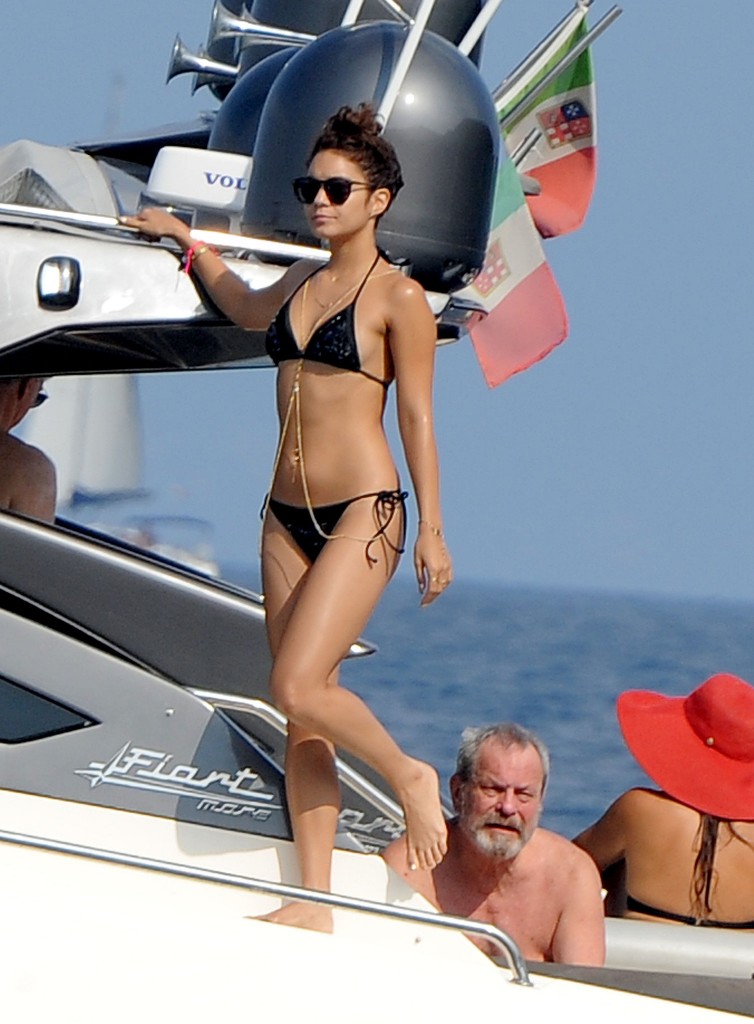 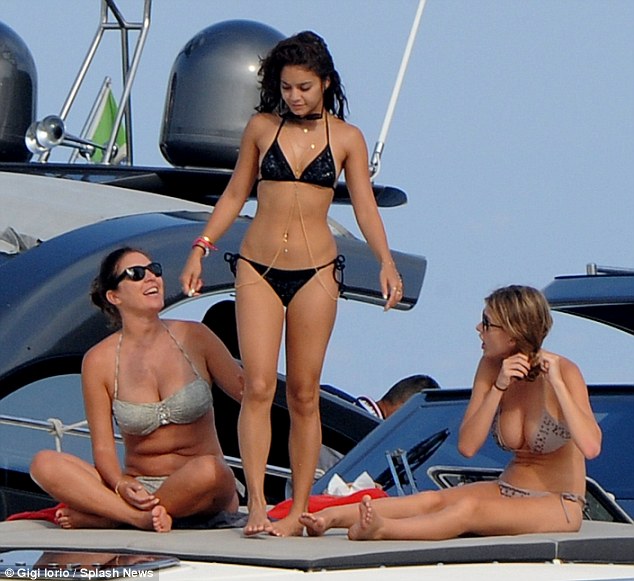 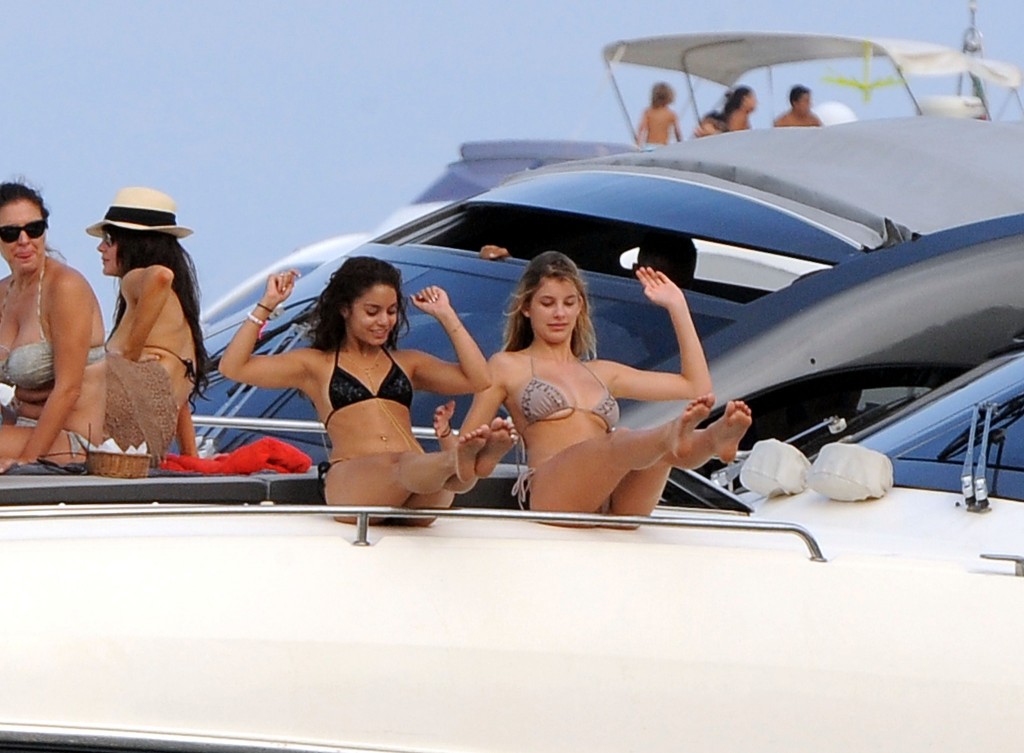 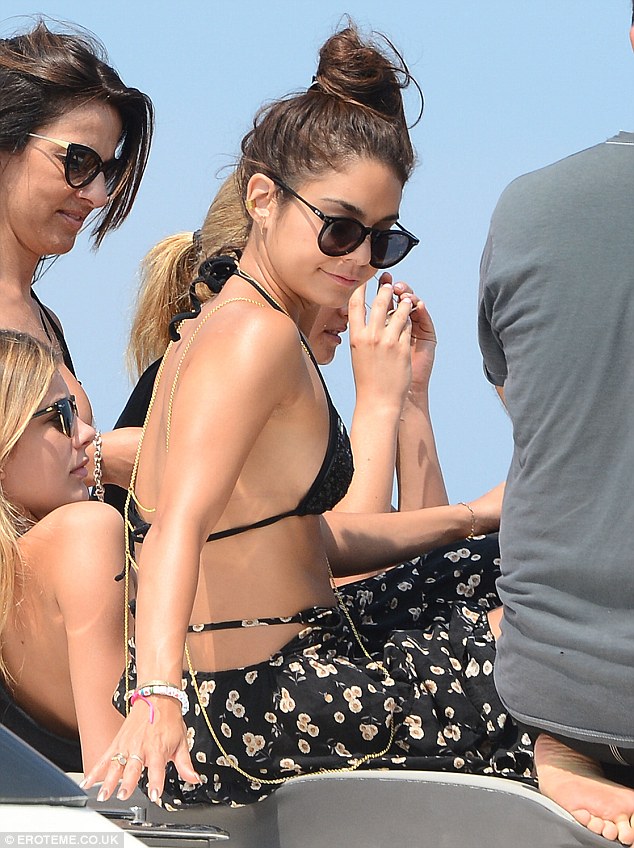 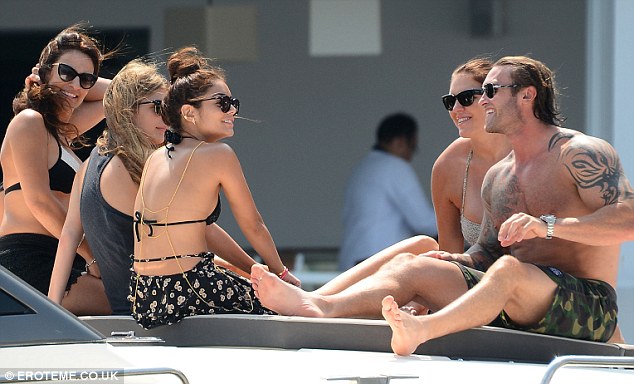