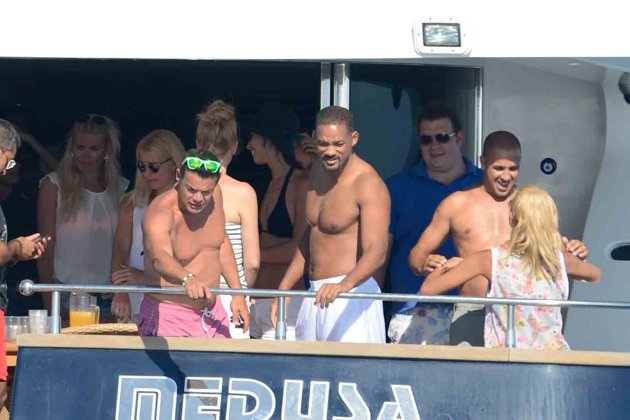 Will Smith joined pals on board yacht Medusa G to party on his solo trip to Ibiza.

Being a world-famous actor has its perks – Will took a dip in the ocean and soaked up the sun surrounded by a bevvy of beautiful women…. but it also has its downsides too, as soon as he arrived back to shore, he was mobbed by adoring fans dying for a selfie with the Fresh Prince.

Whilst in Ibiza Will also hit the local clubs and hung out with DJ pal Calvin Harris. 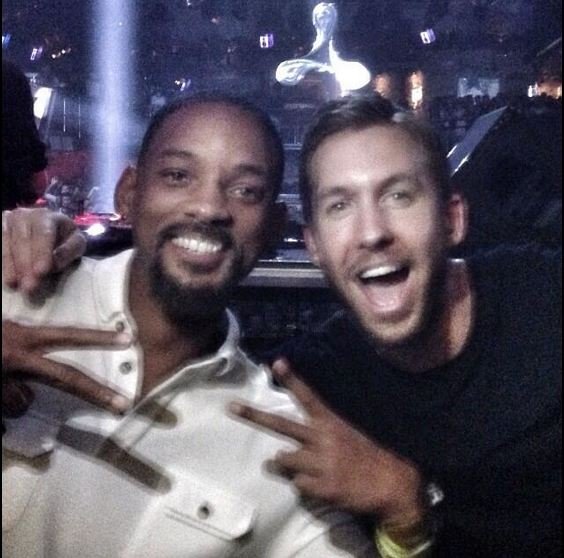 At 45 Will Smith clearly still knows how to enjoy himself!

Will is vacationing without his wife Jada Pinkett-Smith and their children, Jaden, 16, and Willow, 13. He also has another son Trey, 21, from a previous marriage.

Will and Jada were hit with split rumors late last year after pictures appeared of him getting up close in a photo booth with his Focus co-star, Australian actress and star of The Wolf Of Wall Street, Margot Robbie.

In the pictures, Margot had lifted up her top to reveal a lacy white bra and Will pulled up his shirt to reveal his bare chest. While the pictures would be enough for anyone to jump to conclusions, Margot took to Twitter and denied that anything inappropriate was going on and insisted the pair were ‘just goofing around’.

Speaking of goofing around – it would seem that Will is doing just that here! 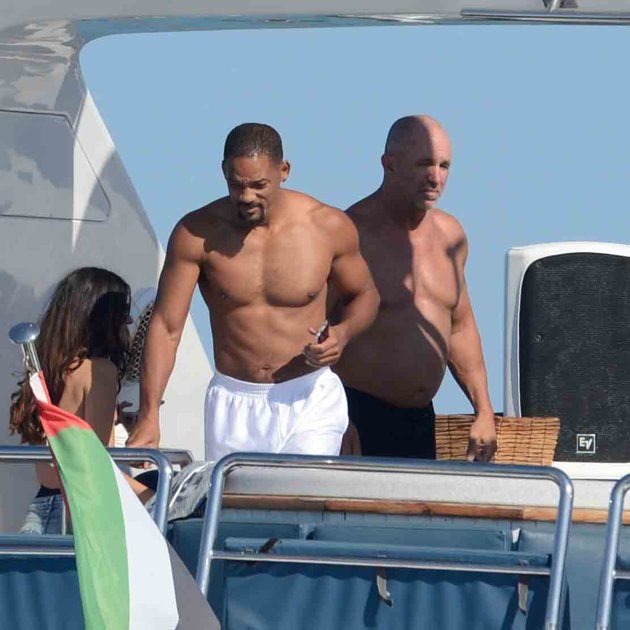 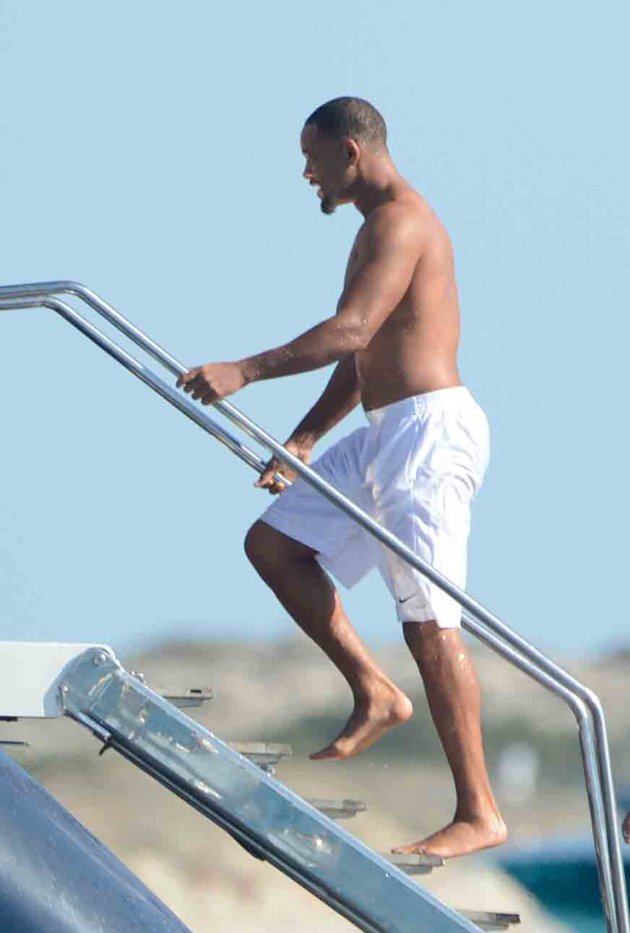 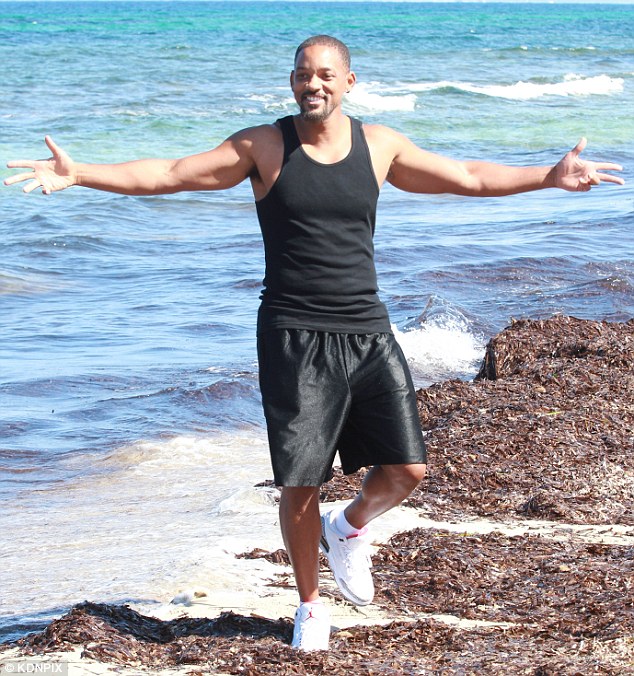