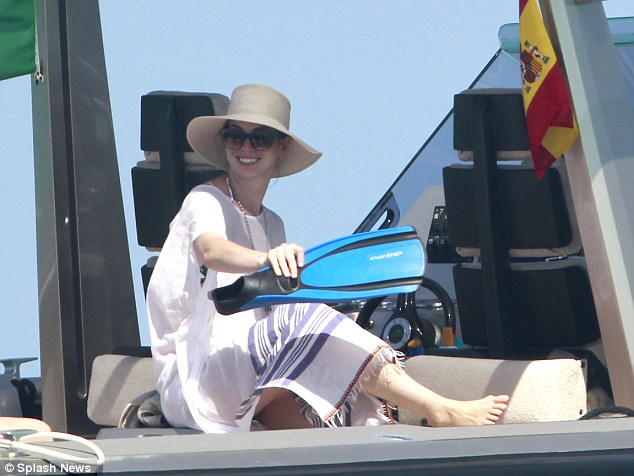 Anne Hathaway and her husband Adam Shulman have been enjoying some time on board designer to the stars Valentino‘s superyacht. 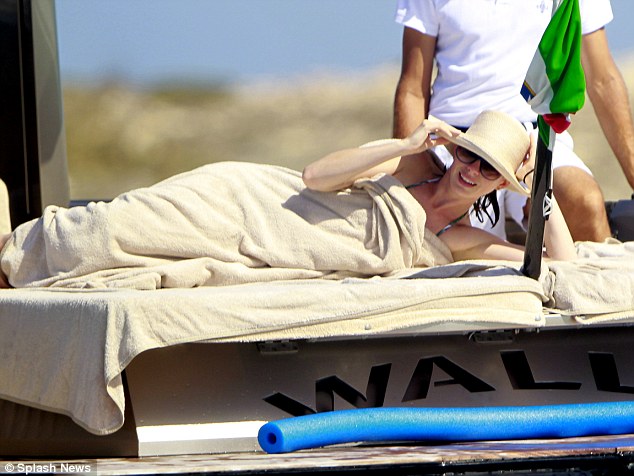 The 32-year-old Devil Wears Prada star packed in a bit PDA time with her actor hubby at the same time as soaking up the sun in Ibiza, Spain. 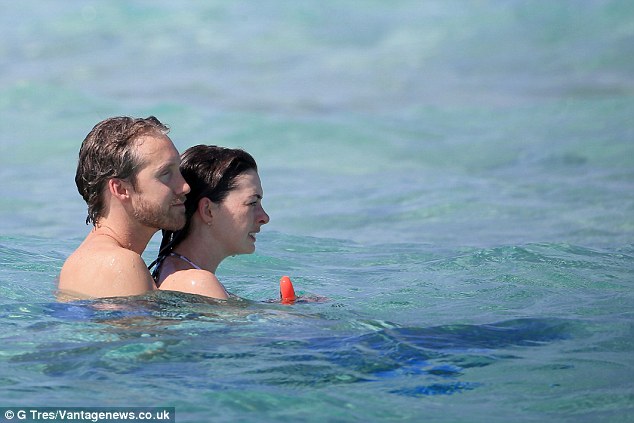 Anne showed off her beautiful porcelain body in a leaf-print two piece bathing suit and looked beautiful without a hint of makeup – just perfect! 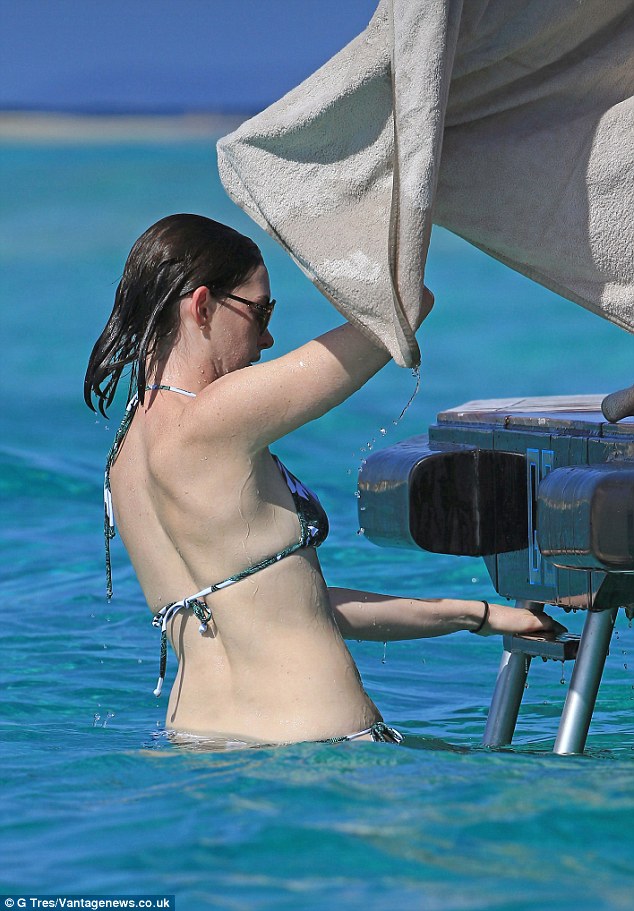 According to rumors, Valentino gave his yacht to the happy couple to enjoy! The beautiful superyacht is called T.M Blue One, the T standing for Teresa, after his mother and the M for Mauro after his father. It is 151ft long and can accommodate up to 10 guests and 7 crew members. She was built by Picchiotti in Italy at their Viareggio shipyard and was delivered to Valentino in 1988. 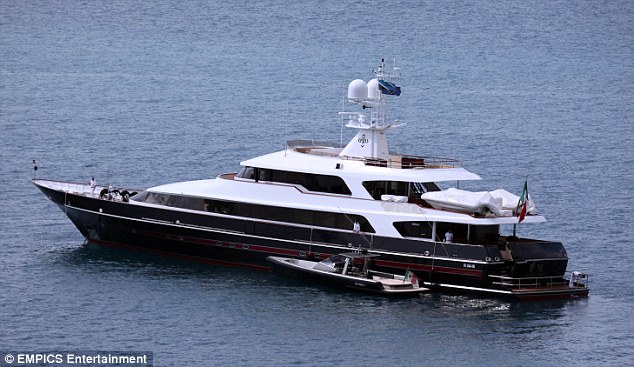 The beautiful boat’s sophisticated exterior design and engineering are the work of Gerhard Gilgenast and the yacht’s interior was designed by Peter Marino.

Anne managed to get in some lounging on the glamorous boat’s deck and also was seen waving to passers-by and onlookers and blowing kisses. Exactly what we like to see a Hollywood starlet doing! 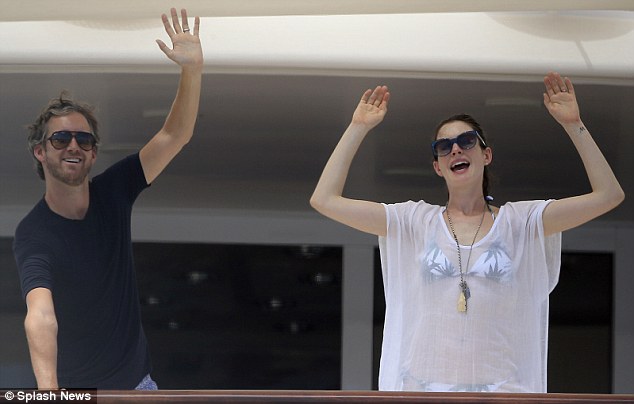 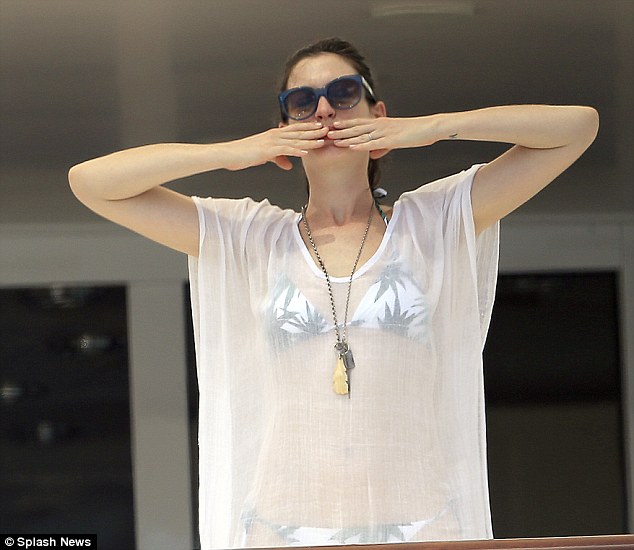 Anne and Adam’s laid-back outing followed on from her evening of partying with Valentino at the famous Pacha nightclub on Tuesday.

Anne went on her own to the Flower Power Party and was warmly welcomes by the 83-year-old go-to designer who looked more tanned than ever.

Their friendship is nothing new however since he designed her stunning blush pink wedding dress for her and despite Anne deciding at the very last minute to change her Oscar dress from Valentino to Prada the year she took home the coveted statuette, they have remained besties! 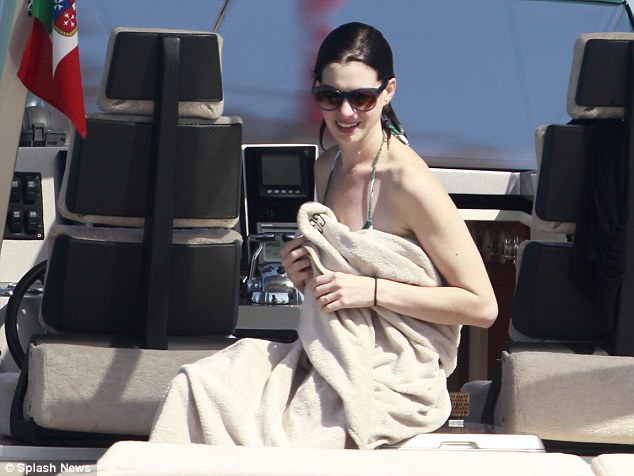 He has been heard to have apparently said that the two are so close that he considers her to be ‘like a daughter’ to him.