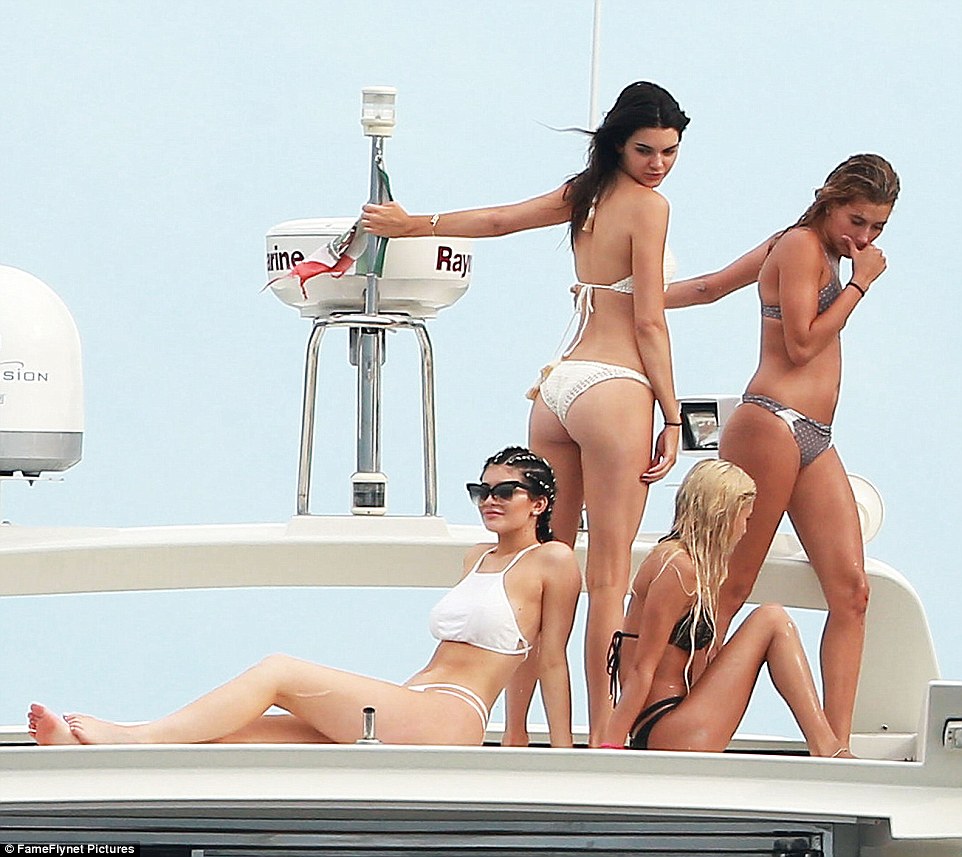 The birthday celebrations go on!

Reality TV star Kylie Jenner turned 18 this week and in what seems to have been days of non-stop partying – she has topped it off with a fabulous boat party with her mates and model sister Kendall Jenner! 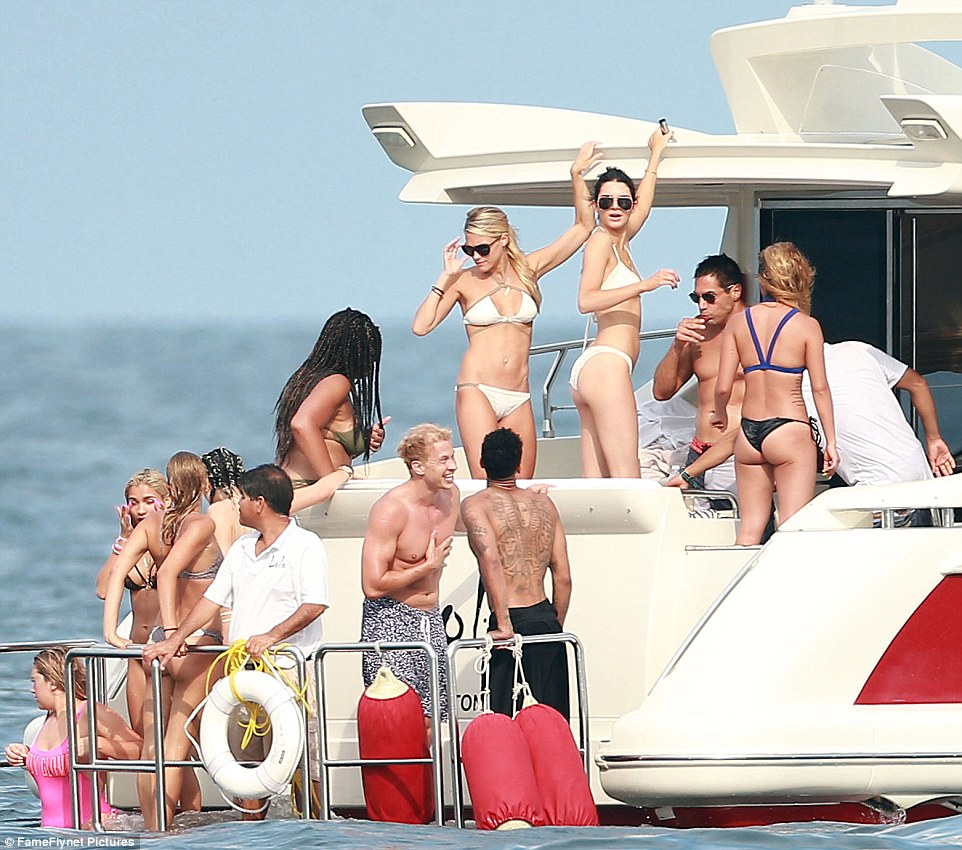 They were joined by Kendall’s BFF Hailey Baldwin and Kylie’s boyfriend Tyga on board  – having been staying at the luxurious Punta Mita resort. 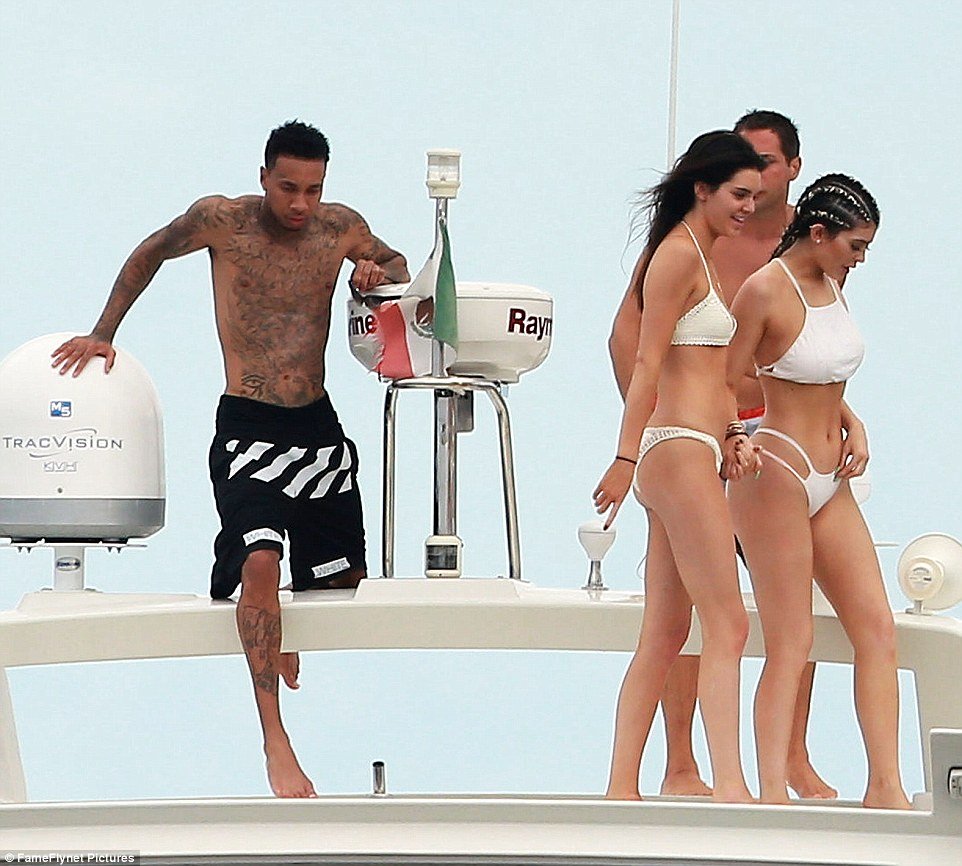 Their host was Girls Gone Wild creator Joe Francis (pictured below with the famous sisters), who owns the beautiful oceanside resort and was joined by his partner Abbey Wilson. The 42-year-old producer has played host to the Kardashian clan before at his Casa Aramara property- with Kim, Kourtney and Khloe taking advantage of the luxurious 5-star Punta Mita amenities. They were all on board a motor yacht named Lolo and appeared to form quite a crowd on board! 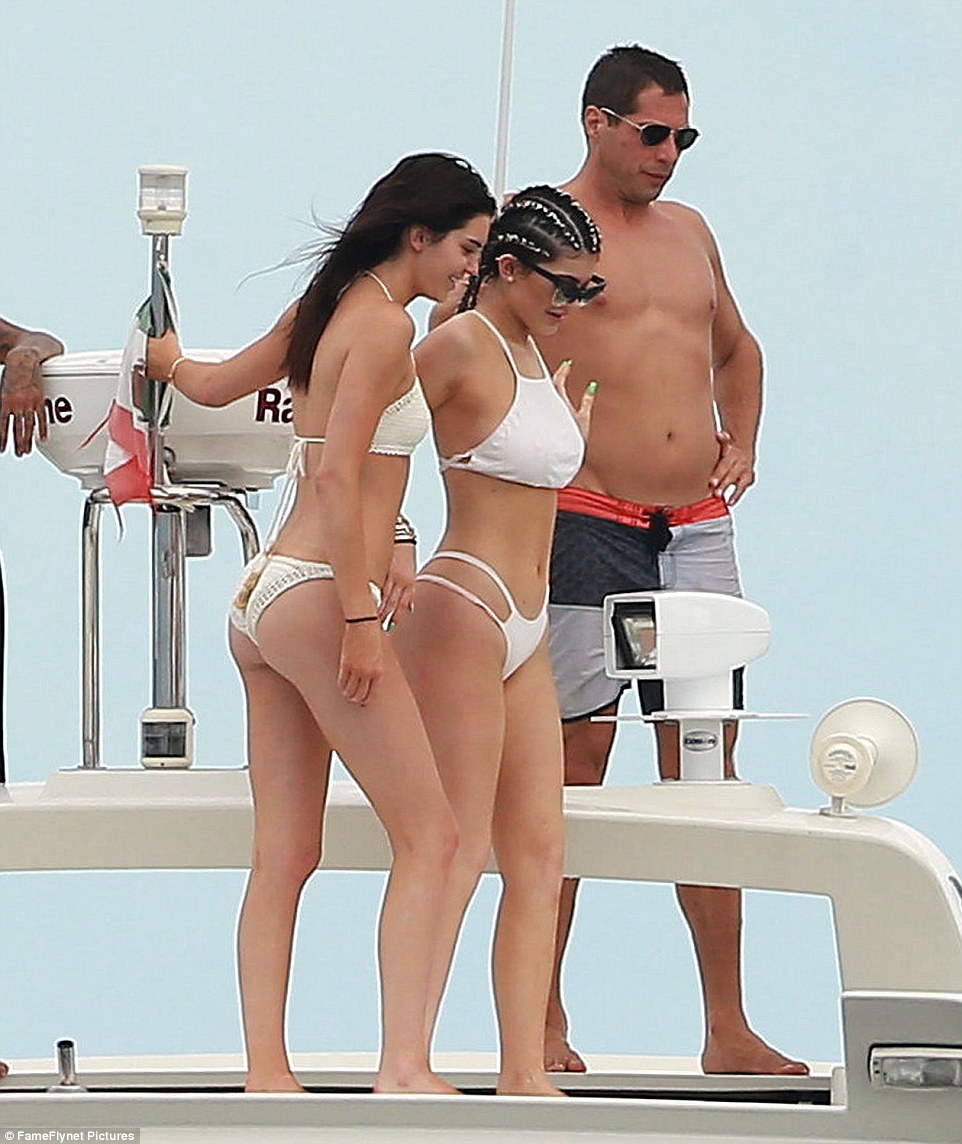 Kylie was rocking her fabulous new cornrow hairdo, and showed off her bikini bod in a white halterneck number!

Model and older sister Kendall showed off her stunning physique in a similar white two-piece bikini and the sisters went wild themselves, leaping into the water off the front of the boat! 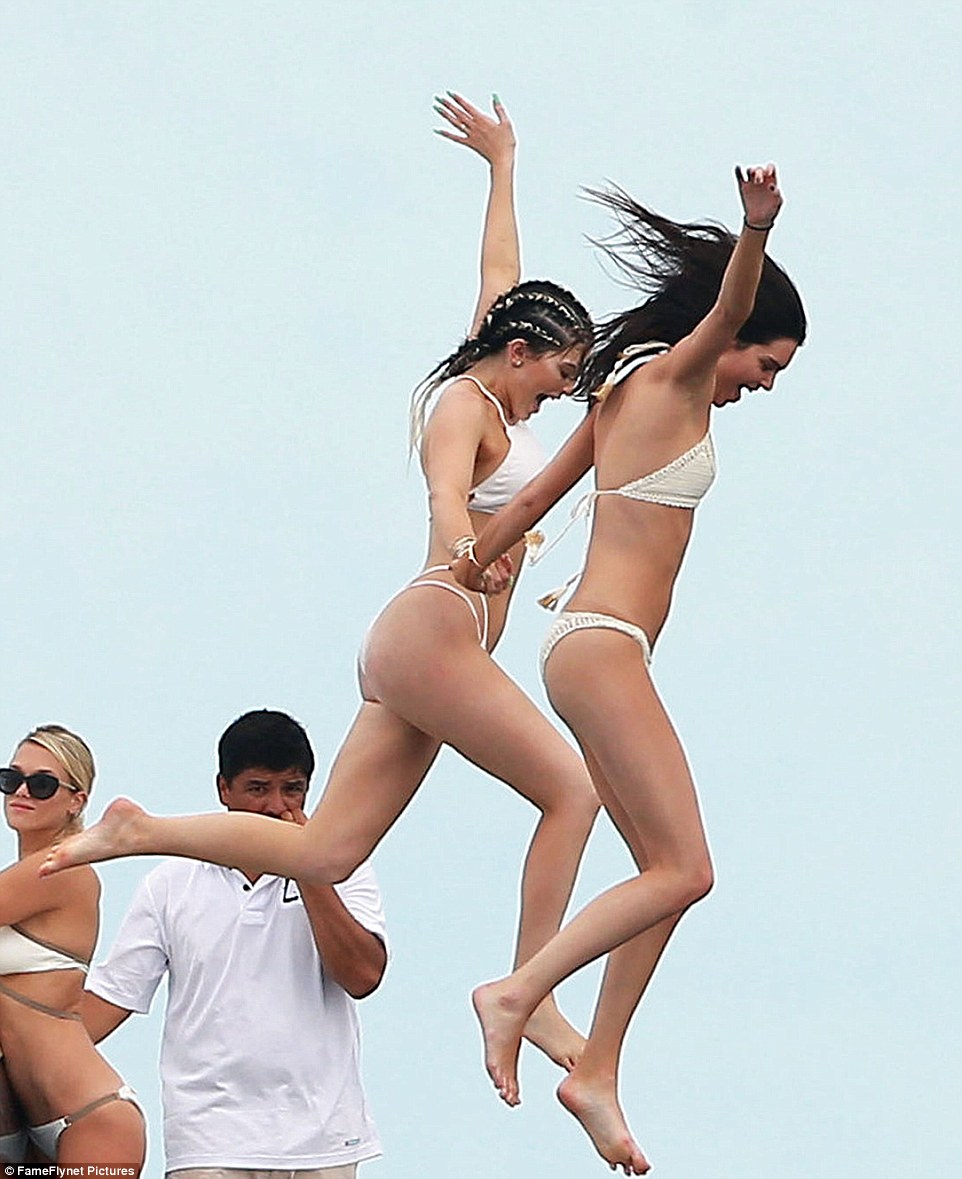 Kendall, who spends much of her time in New York with fellow model and daughter of actor Stephen Baldwin, Hailey, jetted into the tropical location earlier this week.

Kylie had a fabulous night out this week with momager Kris Jenner, 59, and her elder half-sisters Kim, 34, Khloe, 31, and Kourtney, 36 – who followed Kylie’s lead in the style department all wearing an array of stunning chic black dresses.

Also joining the various members of the Kardashian family was former One Direction singer Zayn Malik and model Gigi Hadid with her boyfriend Joe Jonas. 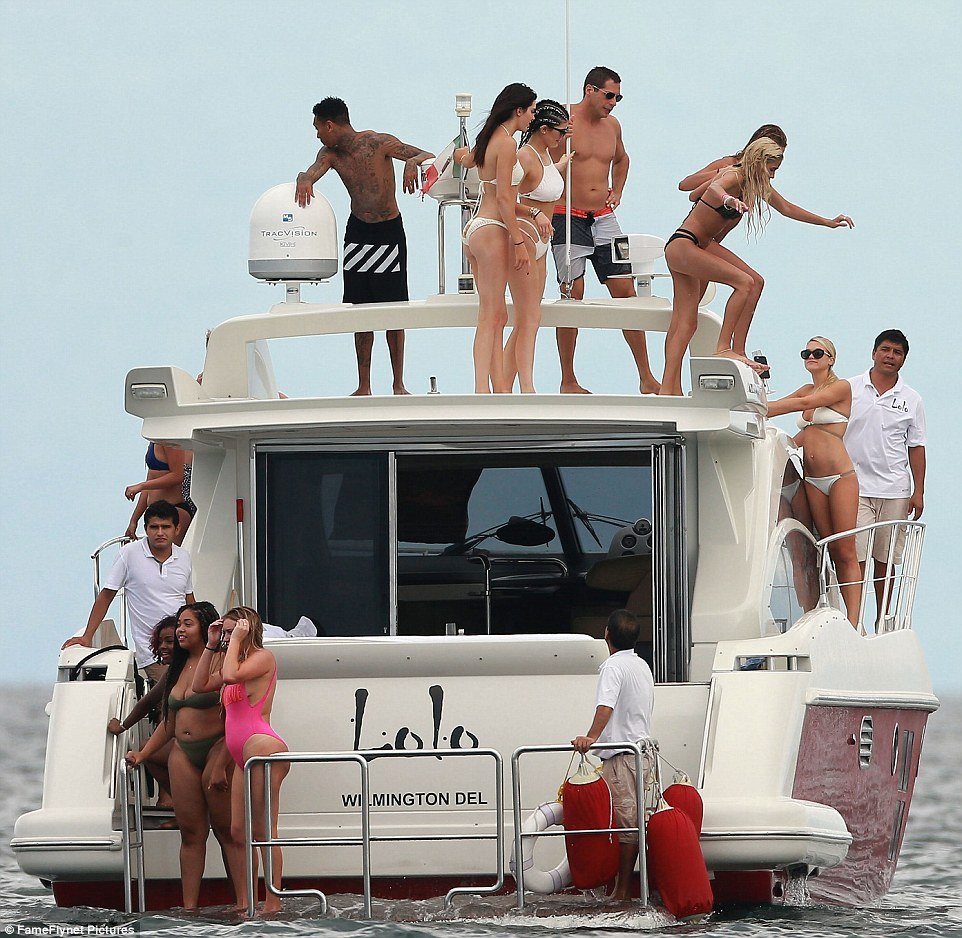