Elle Macpherson Shows Off ‘The Body’ on Superyacht Tour of Europe 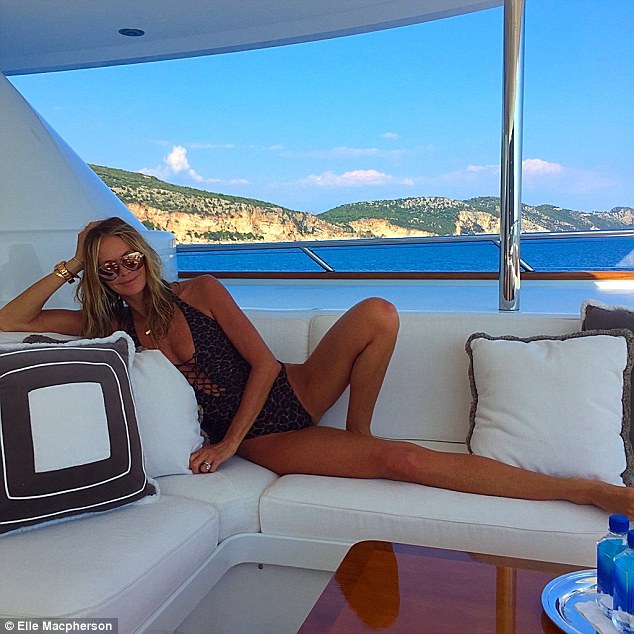 Australian supermodel Elle Macpherson is making sure everyone knows she is living the celeb life right now on her tour of Europe on board the superyacht Madsummer with billionaire hubby Jeffrey Soffer.

She truly looks increds for 51! I’m sure every woman can only hope we look this good after the big 5-0!

45-year-old Jeffrey owns the luxury yacht (why wouldn’t you, when you’re worth $1 billion), which measures a huge 182 feet (56 metres) and costs over $350,000 to rent when Elle and Jeffery aren’t jet setting across the globe. Winner of the prestigious award for ‘Best Custom-Made Motor Yacht’ at the 2006 World Superyacht Awards, according to yachting sources, she has a Jacuzzi, a huge range of water toys and some striking, modern interior styling – check more of the yacht Madsummer here.

The couple – together since 2009, with one 6-month ‘break’ in 2012 (its not clear what went down before the break… but a helicopter accident Jeffrey was involved in reunited the pair) – have visited Capri, Monte Carlo and Saint-Tropez so far on their ultra-luxurious vacation most of us could only wish for! This type of hol is nothing new for ‘The Body,’ a nickname given to Elle by Time Magazine, as the couple are often seen cruising on Madsummer on the world’s most glamorous destinations. 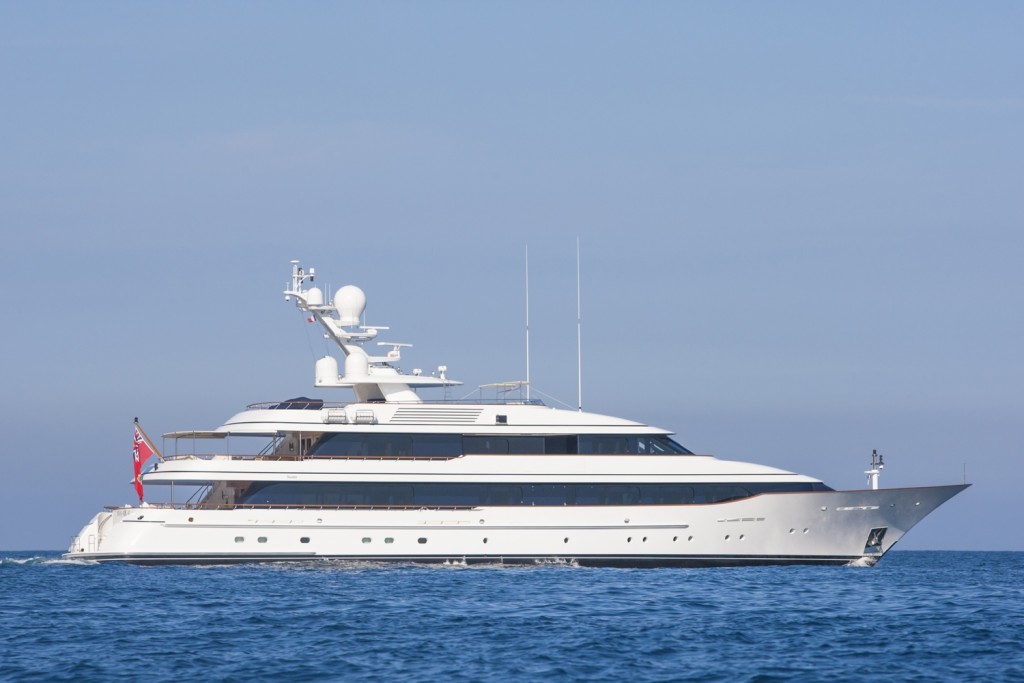 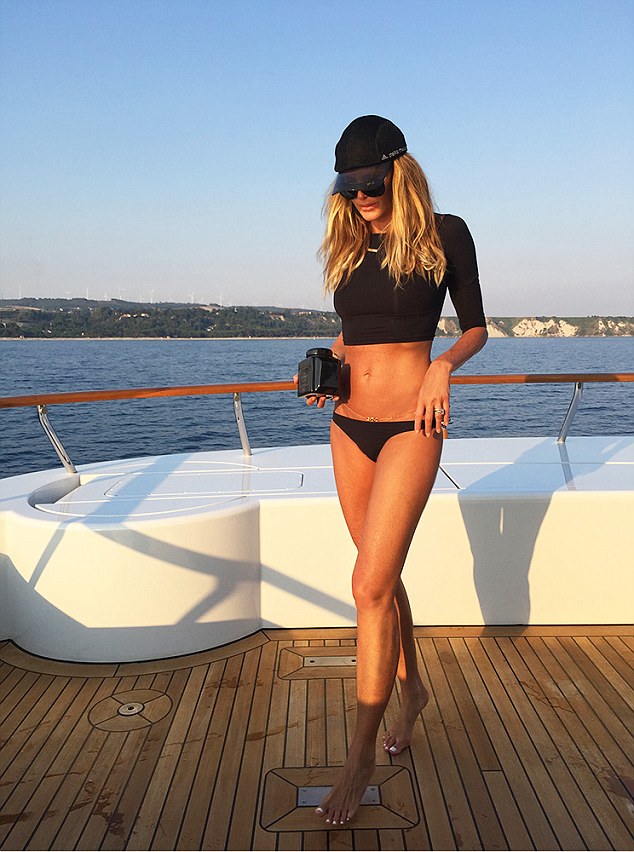 And just how does Elle keep her nickname ‘The Body’ – well, according to her, she was always ‘athletic and strong’ since she was young, ‘But it was not until much later that I realized the importance of wellness and how proper nutrition can have a profound effect on how you look and feel.’

Speaking on her diet, Elle has said ‘It’s well known that eating more plants can help keep our bodies alkaline, but I know how difficult it can be to live a strict alkaline diet, and honestly, I don’t believe in extremes. I want to live my life and not worry, so I take an alkalizing greens supplement every day.’

Whatever your doing girl, its working – keep at it! 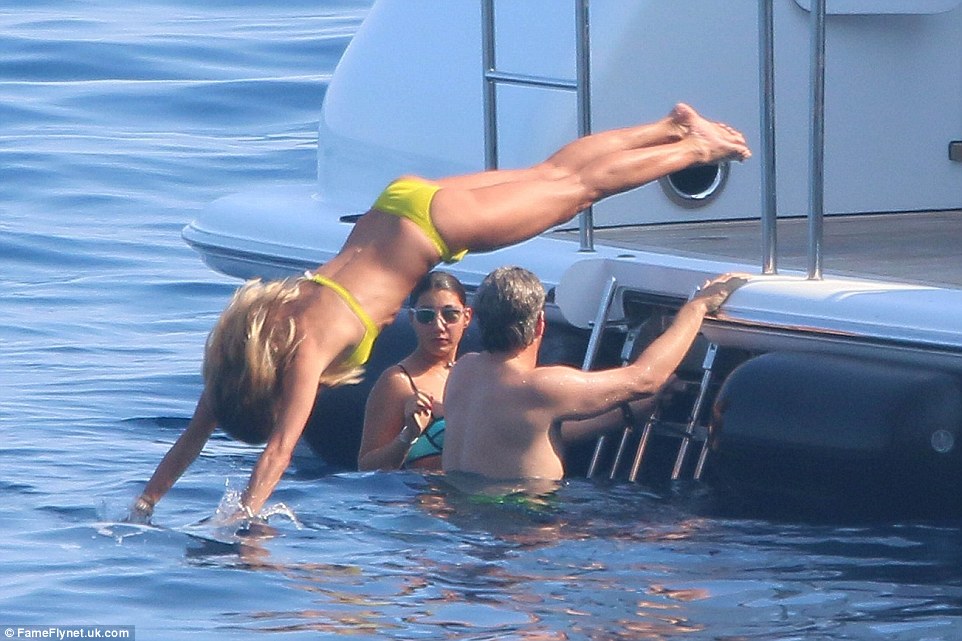 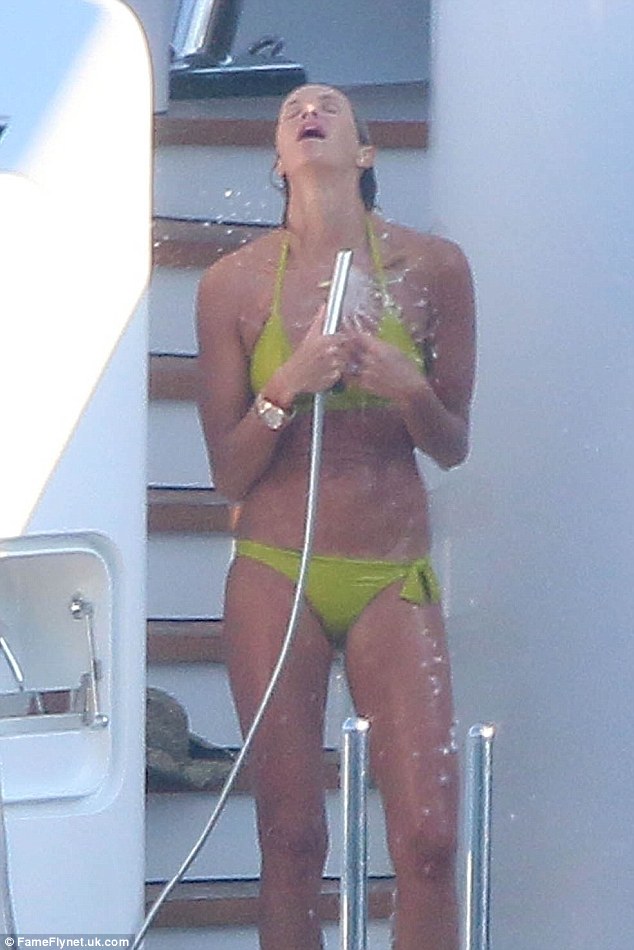 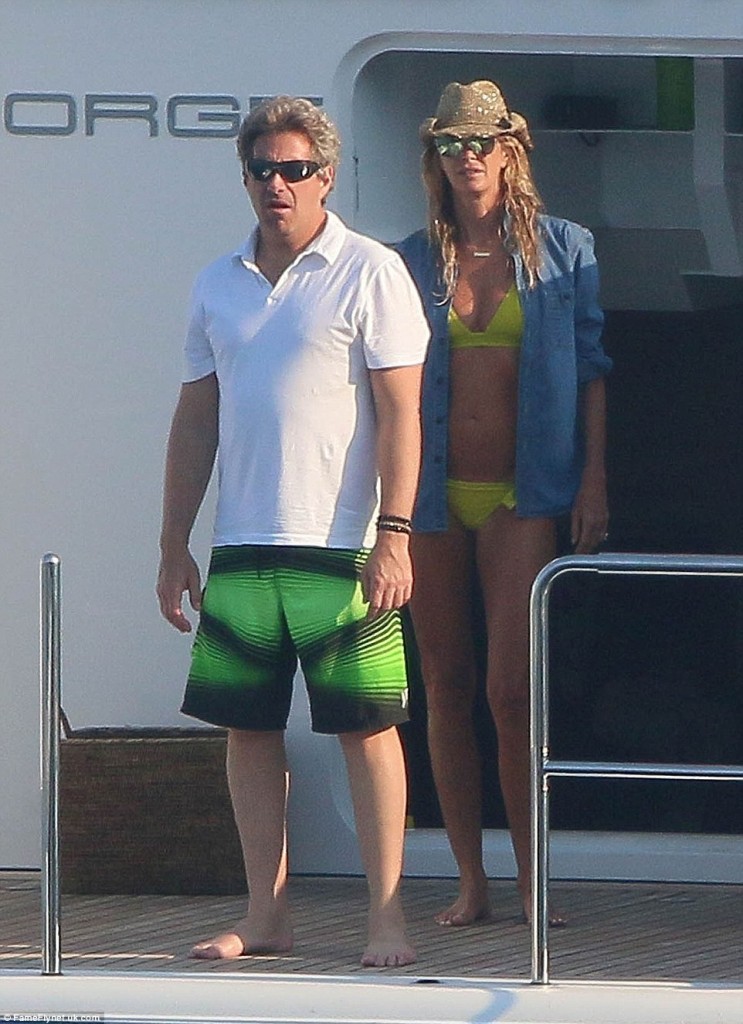 This is Elle’s second marriage, as back in 1986 she tied the knot with the famous French photographer Gilles Bensimon, but the couple only lasted another 3 years.

She has two children with finanicer Arpad Busson, 17-year-old Arpad and 12-year-old Aurelius, who she dated from 1996 to 2005, but married current beau Jeffrey in Fiji in 2013, becoming step-mother to his children.

Jeffrey has had a troubled love life in the past, with a rumors everywhere of an affair with Gwyneth Paltrow (cheating on Coldplay singer Chris Martin) causing a stir back in 2008. Apparently the billionaire wooed the actress on the superyacht!

Elle is currently promoting her Super Elixir, a supplement she create to help boost the health and wellness of others. 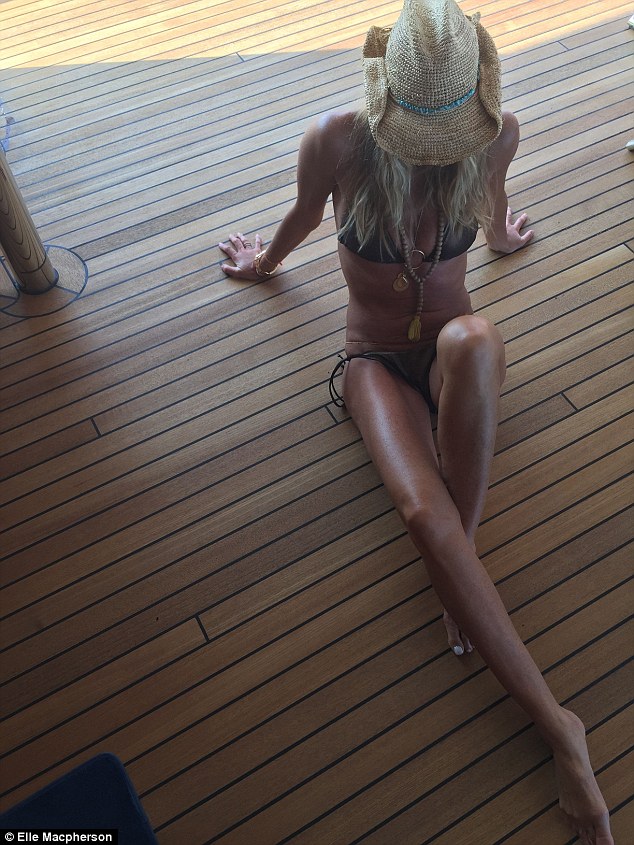 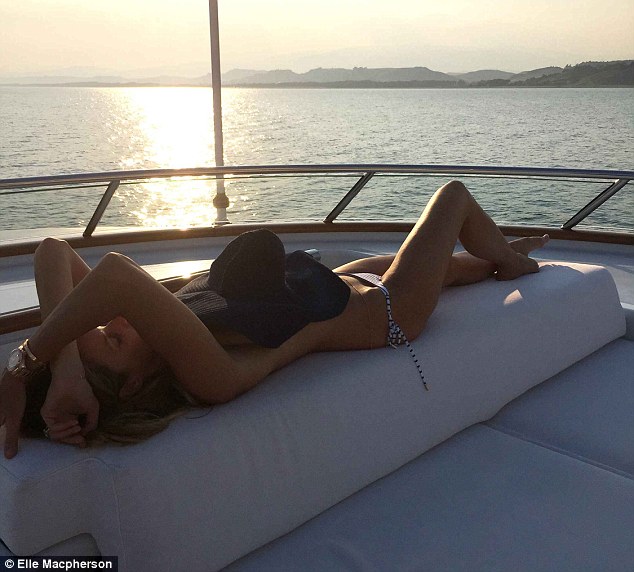 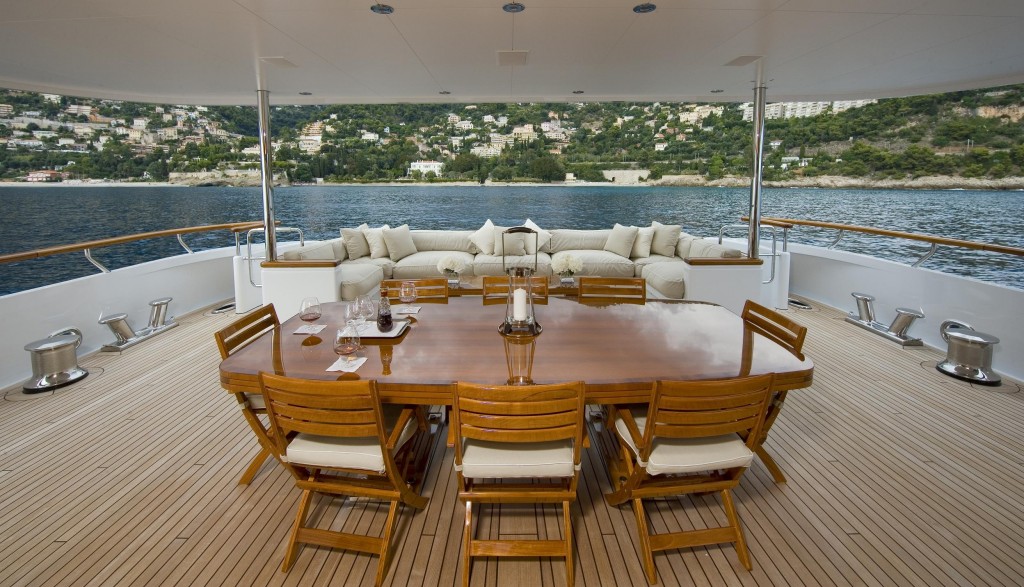 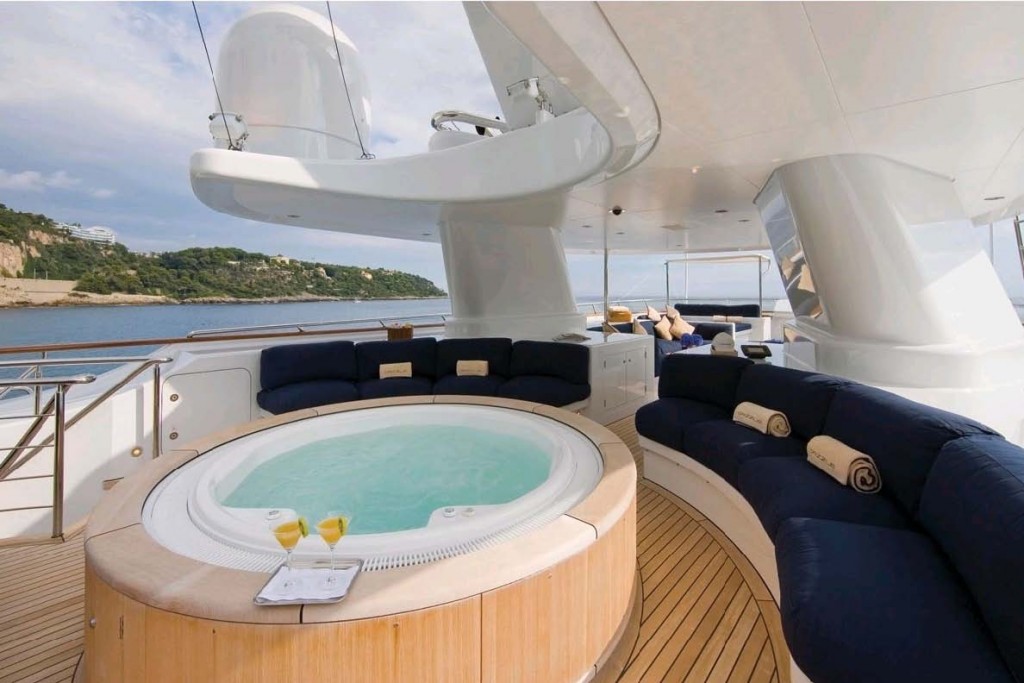