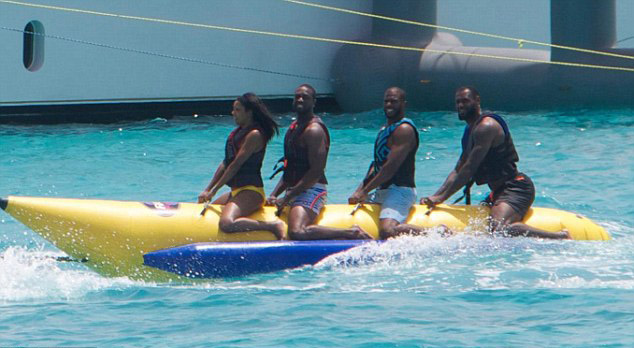 World-famous NBA superstar LeBron James put his $300 million fortune to good use with a superyacht vacation with none other than his best bud and ex-teammate, Miami Heat star Dwyane Wade! Wade’s wife, actress Gabrielle Union, also came along to enjoy the Bahamas sunshine!

The group of celebs were seen enjoying their star on a yacht called Amarula Sun, measuring a huge 50 meters/164 feet, on their time out from the b-ball season, with Wade no doubt celebrating his rumored 1-year contact extension worth  $20 million with Miami Heat (thanks to being ranked All-Star for a cool 11th time – not bad!) and LeBron celebrating an even more comfortable $23 million extension with the Cleveland Cavaliers.

The $220,000-a-week price tag of Amurula Sun would have been no sweat to LeBron who has plenty of money in the bank thanks to winning  two NBA championships, four NBA MVP (Most Valuable Player) Awards, two Olympic gold medals and an NBA scoring title! He is also heading for movie star status with his part (playing himself!) in the new Judd Appatow Comedy ‘Trainwreck’ alongside Bill Hader – you can catch it in cinemas in the U.S. from July 17.

The luxury yacht features a helipad, 60-inch home theater system and submarine – just in case LeBron and co feel like underwater exploration! Its classic interior rivals the most lavish palaces – styled with luxurious cherry and maple burl woods and hand-painted murals – see what was fit for King LeBron with more pics of yacht Amarula Sun here! 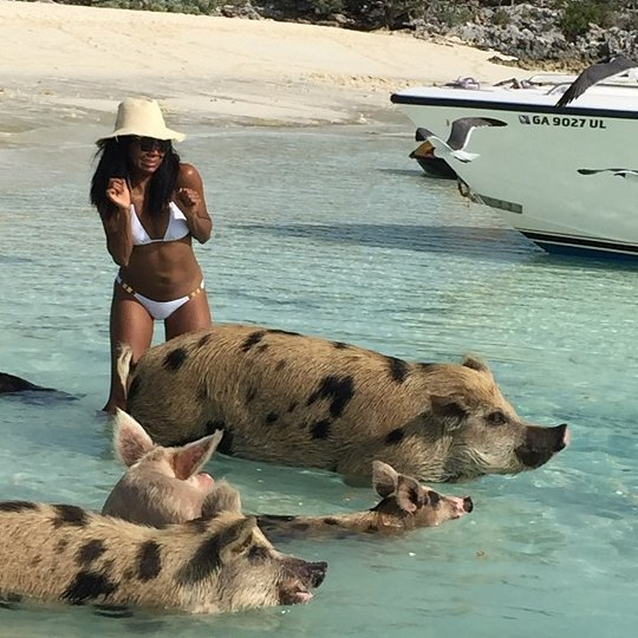 Word is loud music played all day from the yacht, as the group partied in Caribbean waters. The A-list group enjoyed the water toys including jet-skis, a banana, huge inflatable waterslide and amazing jetpack included with the yacht, as they cruised around the beautiful island of Staniel Cay and even visited the famous Pig Beach!

The 5-star vacay certainly seemed to help get over Cavaliers losing to the Golden State Warriors in the Finals, huh Lebron? 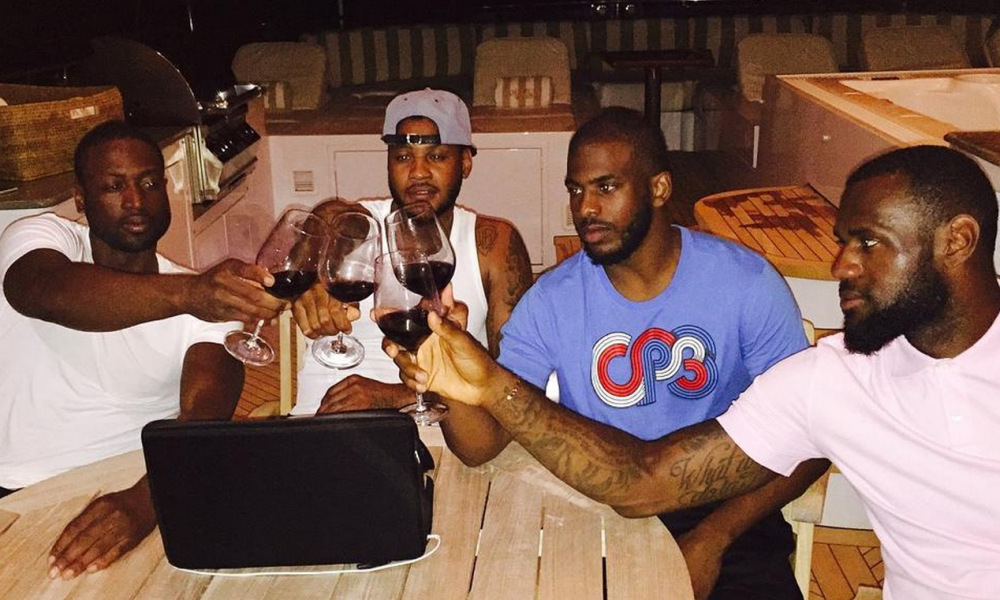 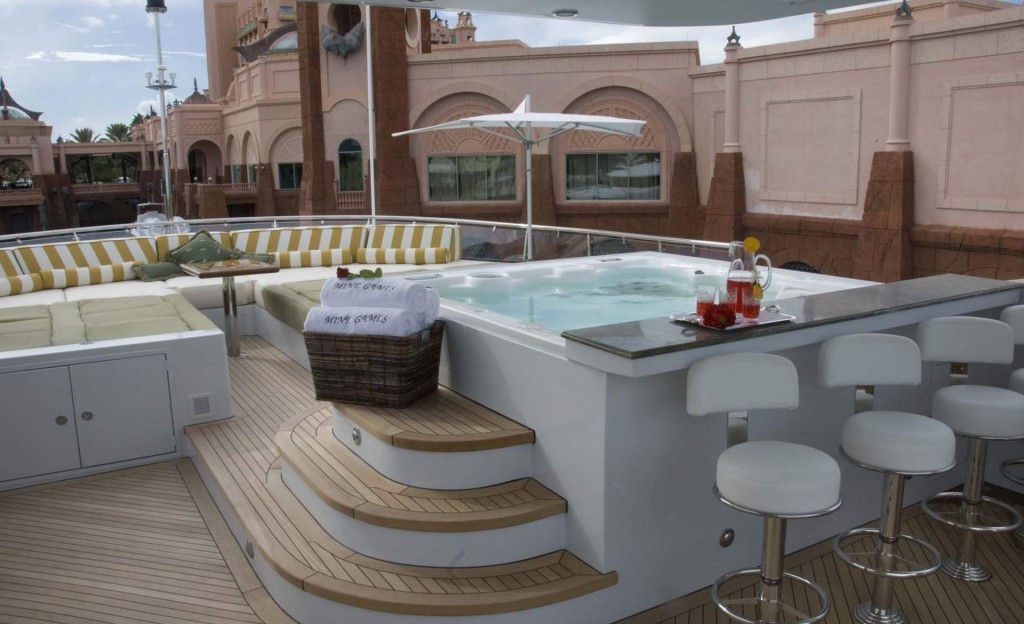 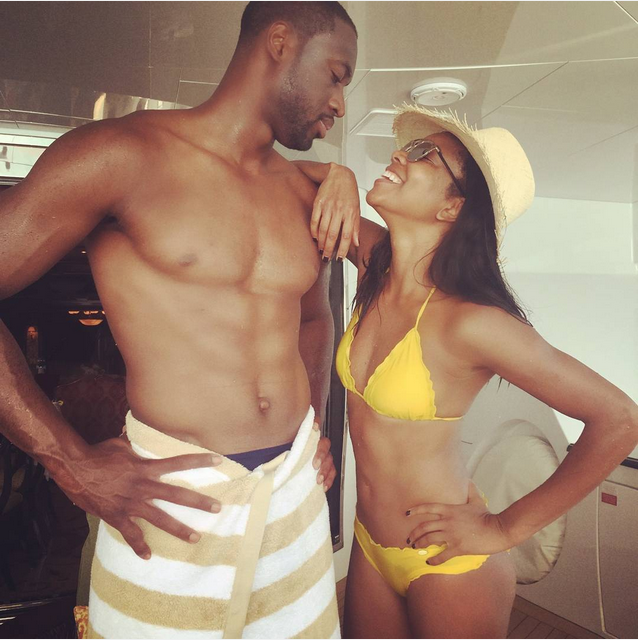 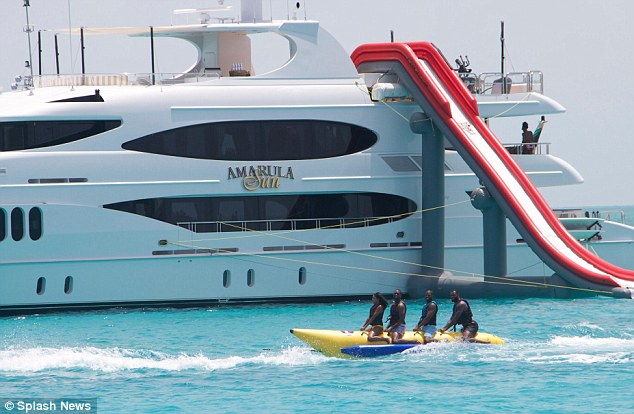 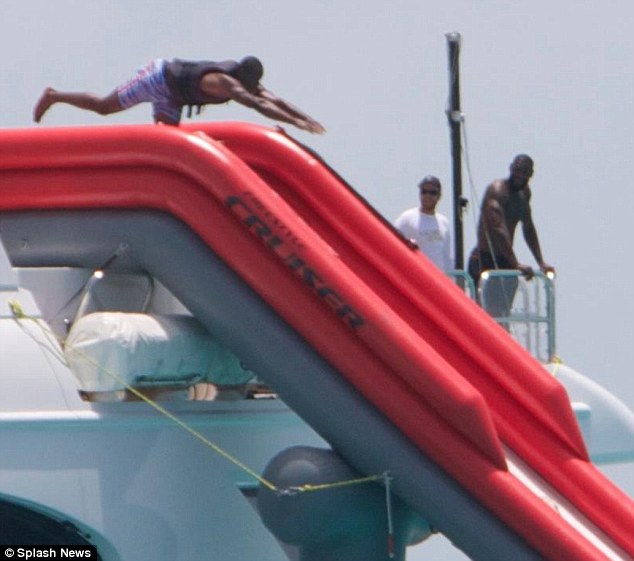 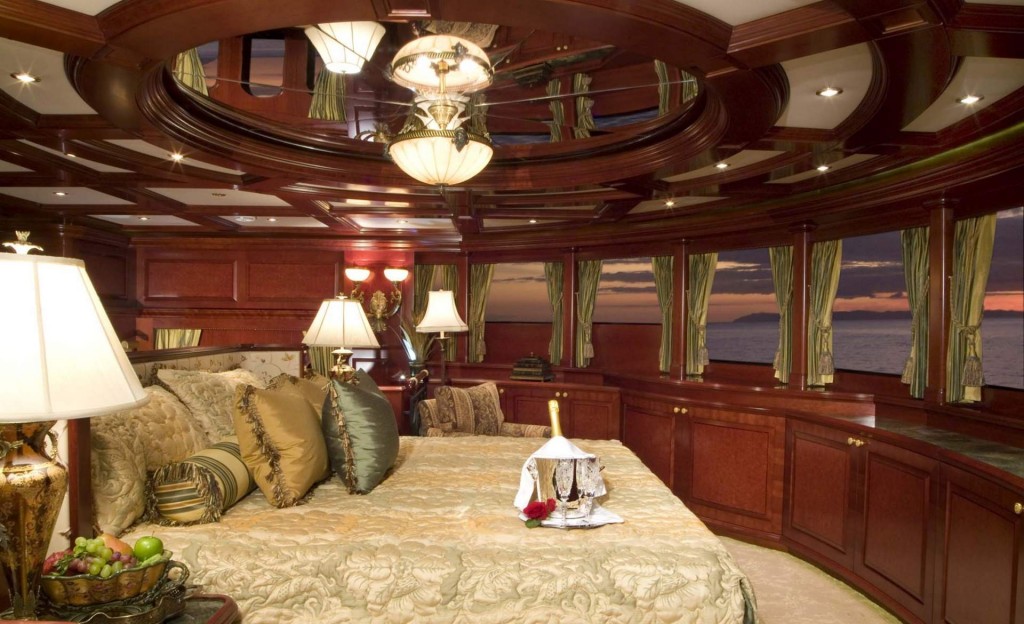 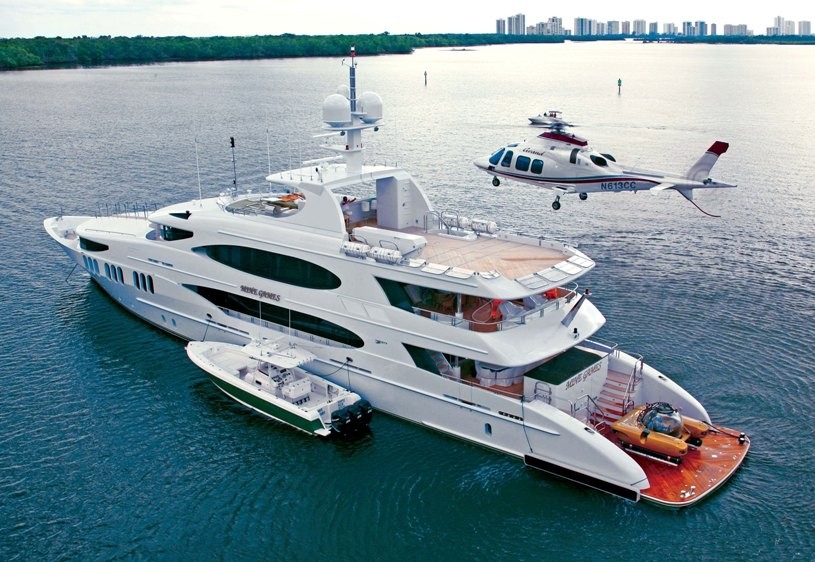