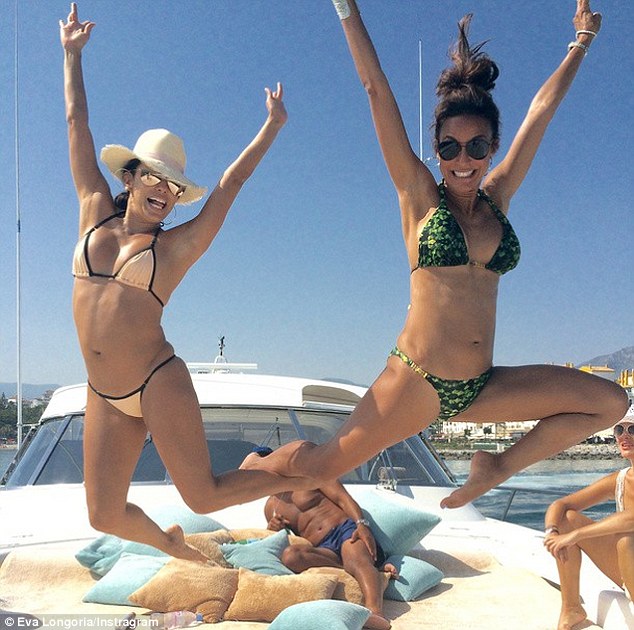 8 years as a star of Desperate Housewives earning $400,000-per-episode has it perks! Eva Longoria was recently spotted on board a private yacht with a group of gal and guy friends in sunny Marbella in Spain!

They were seen joking around, swigging on beers and taking photos, with friends including Amaury Nolasco joining her on the vacay. Eva was sure to share her best photos with her 1.4m Instagram followers, with one caption saying ”Vacation time with @amaurynolasco #Marbella #AndTheJumpingPhotosBegin.’

She also reposted a hilarious slow-mo video of her and Amaury diving into the water off the rented yacht! 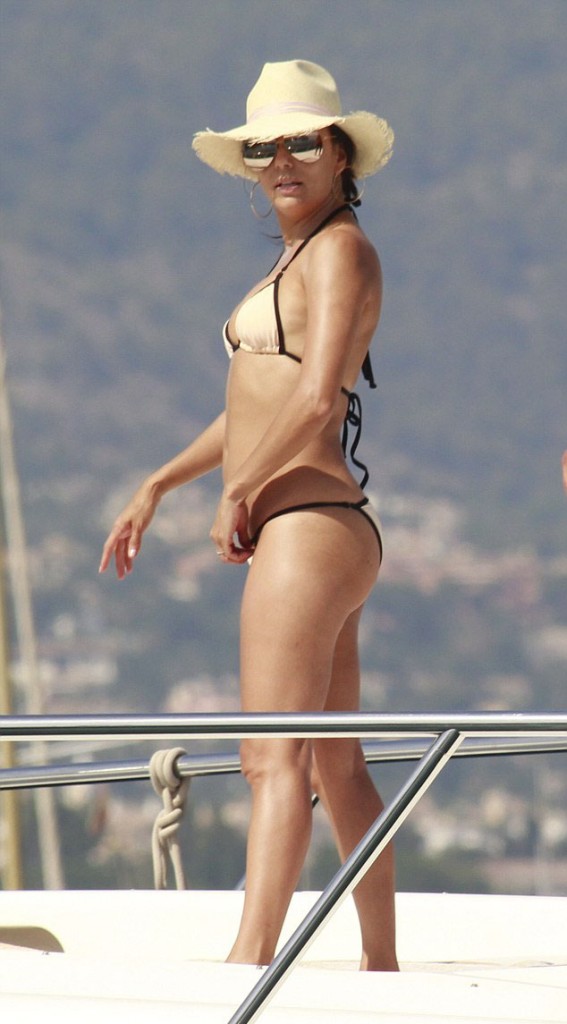 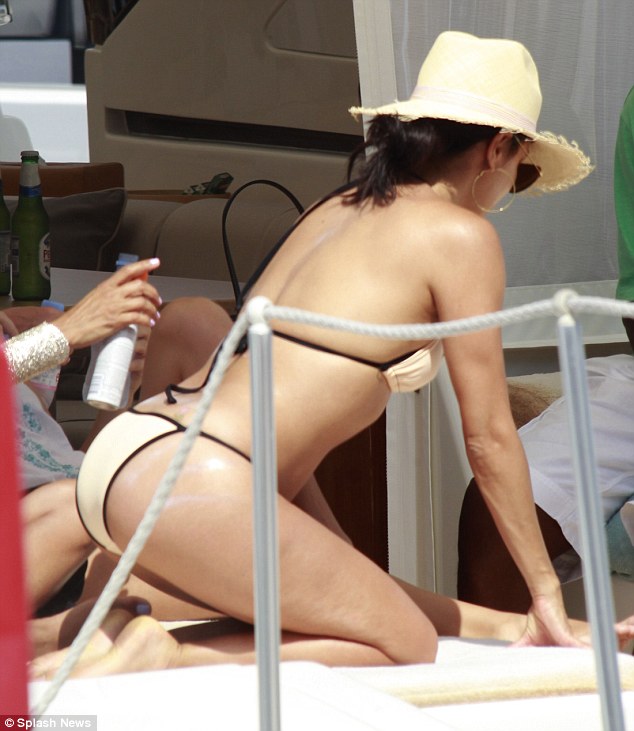 The 40-year-old actress and philanthropist showed off her amazing body in a skimpy bikini on board, which recently led her to named ‘2014 Woman of the Year’ by Maxim! Wow. Apparently a degree in Kinesiology (study of body movements) and super organic diet, free from sugar and carbs, which are only allowed on one cheat day a week!

She completed her laid-back yet chic yacht look with a straw hat and some of her favorite large gold hoops.

It is not clear what luxury yacht Eva and her pals were on, but it was likely an ‘open yacht’ sized between 20-25 meters, therefore not quite as pricey as the usual celeb superyacht! It likely to have cost Eva $20-30,000, which is nothing to her!

Eva currently in Spain to work with the Global Gift Foundation, an international fundraising gala initiative she is chair of, which raises money for children and women in need around the globe. Close celeb friends Victoria Beckham and Ricky Martin have supported her at previous Global Gift Foundation galas.

The actress was spotted hanging out with a host of stars at the event, including The Black Eyed Peas’ Taboo (remember him?) who performed at the event .

The 40-year-old star doesn’t appear to have aged one bit since her Desperate Housewives debut which first hit TV screens over 10 years! 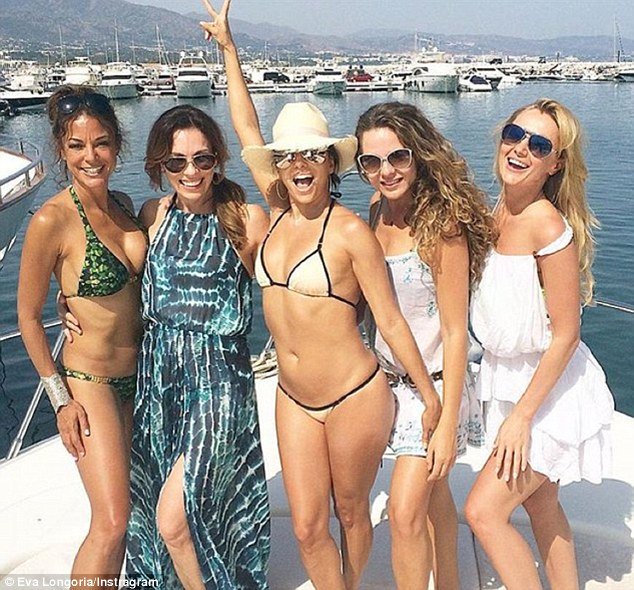 While Eva has been unlucky in love in the past, with her four-year marriage to basketball player Tony Parker coming to an end amid cheating rumors, she is now seems very happy with long-time beau, 46-year-old Mexican hunk Jose Antonio Baston, 46! She has been an item with the media mogul since 2013.

The actress has said she has no intention of marriage or family at the moment, and instead is totally focused on her career. Back in April, Eva launched a home products line with JCPenney, designing everything from bedding to pillows. She also has three perfume lines, a clothing line, and a recently released New York Times bestselling cookbook.

You go girl… some down time on a yacht is definitely deserved! 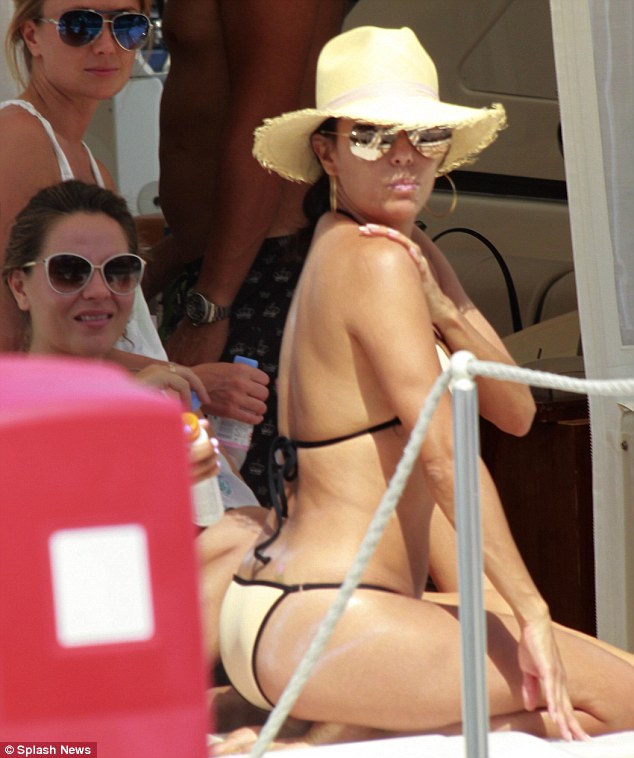 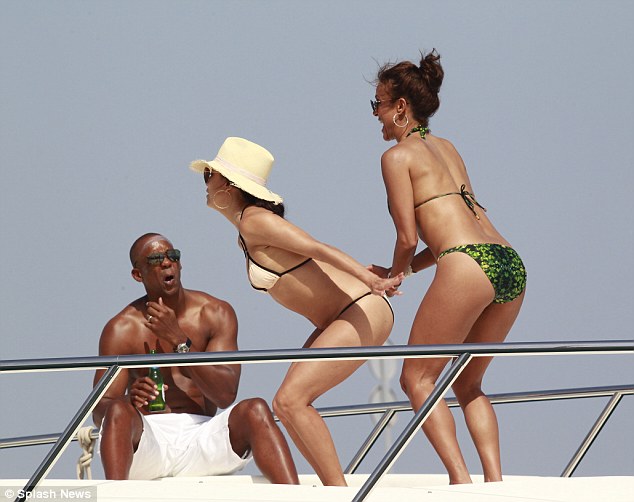 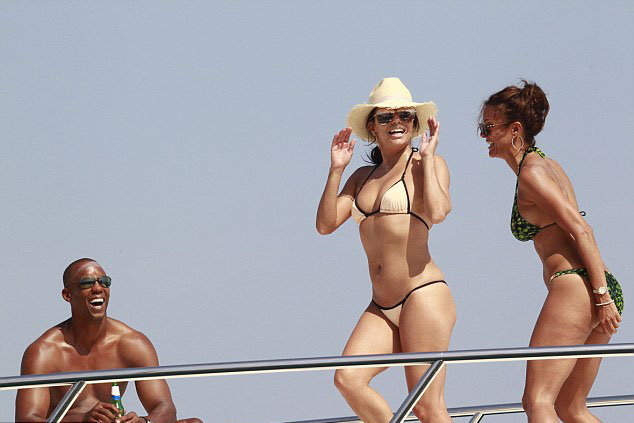 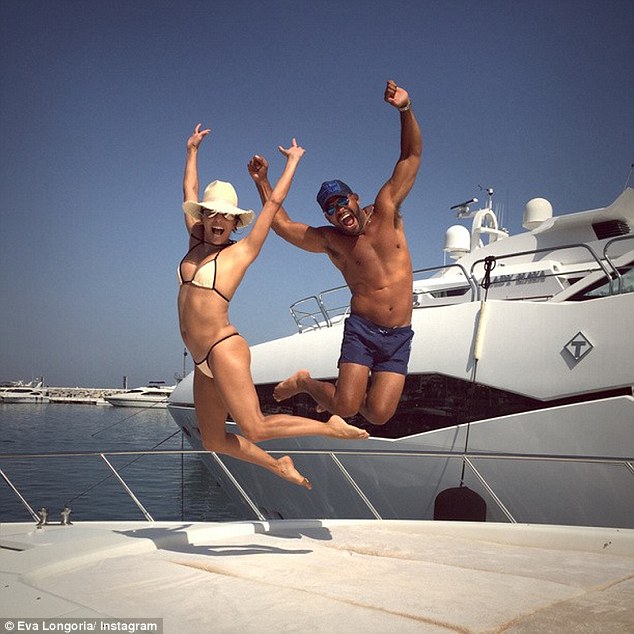