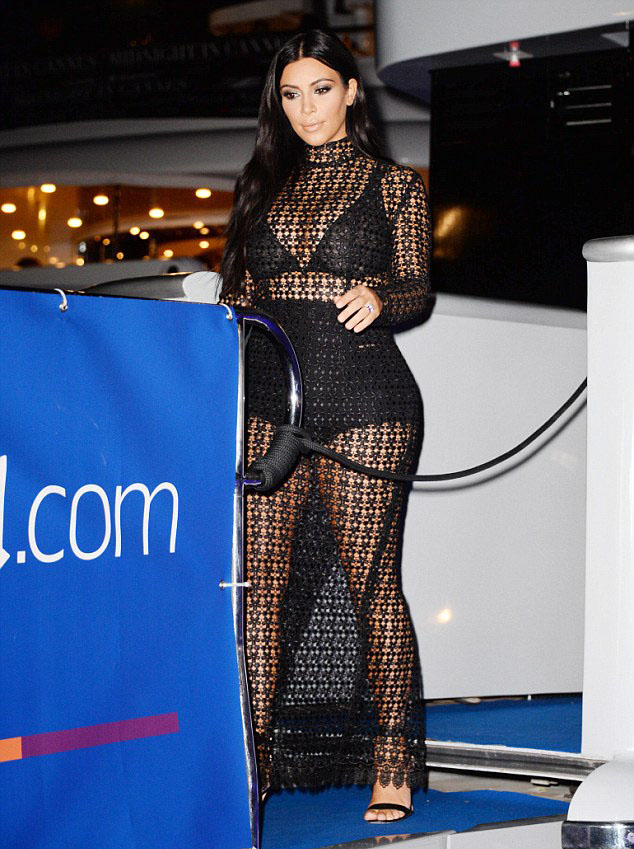 No stranger to the superyacht lifestyle, Kim Kardashian was seen on board the superyacht Idol to attend an event hosted by UK newspaper Daily Mail in Cannes! She was attending a new 7-day networking event called ‘Cannes Lions,’ where she was a guest speaker.

The superyacht Idol measures a huge 59 metres/193 feet and features a huge sundeck, complete with Jacuzzi, a fully-equipped gym (not that Kim would have been able to do some squatting in that outfit!) and a huge range of water toys, like jet-skis, and inflatable trampoline and seabobs (look them up!). The interior is super-modern and stylish, perfect for hosting all the celebs in Cannes for the event – check the yacht Idol out here.

Kim brought even more glamour to the French Riviera, draped in a lace all-body number, wearing nothing but black underwear underneath to highlight her stunning curves. Due to his busy schedule, husband Kanye did not attend the event, but the other members of the Kardashian family flew out to support her in Cannes.

The media event brings together people from around the world to celebrate creativity in business, so who better than self-made millionaire Kim to speak about her huge success? The reality star spoke about how she promotes her global brand, as well as her super successful app, which made a huge $43 million in it’s first three months (no, really!) 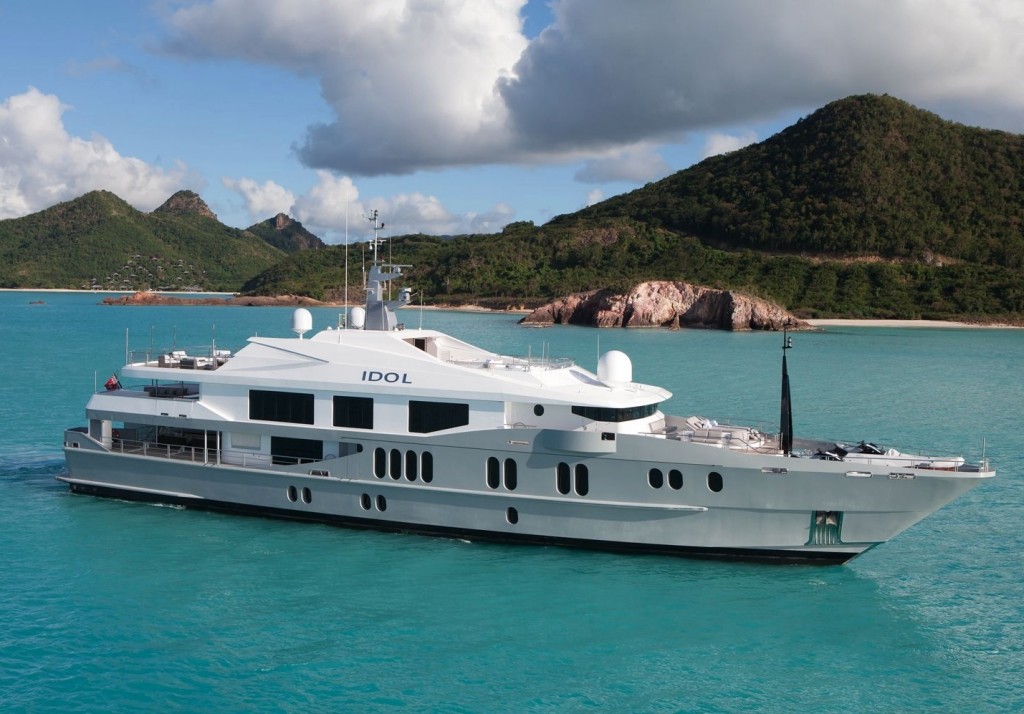 Superyacht Idol was the venue for Daily Mail event 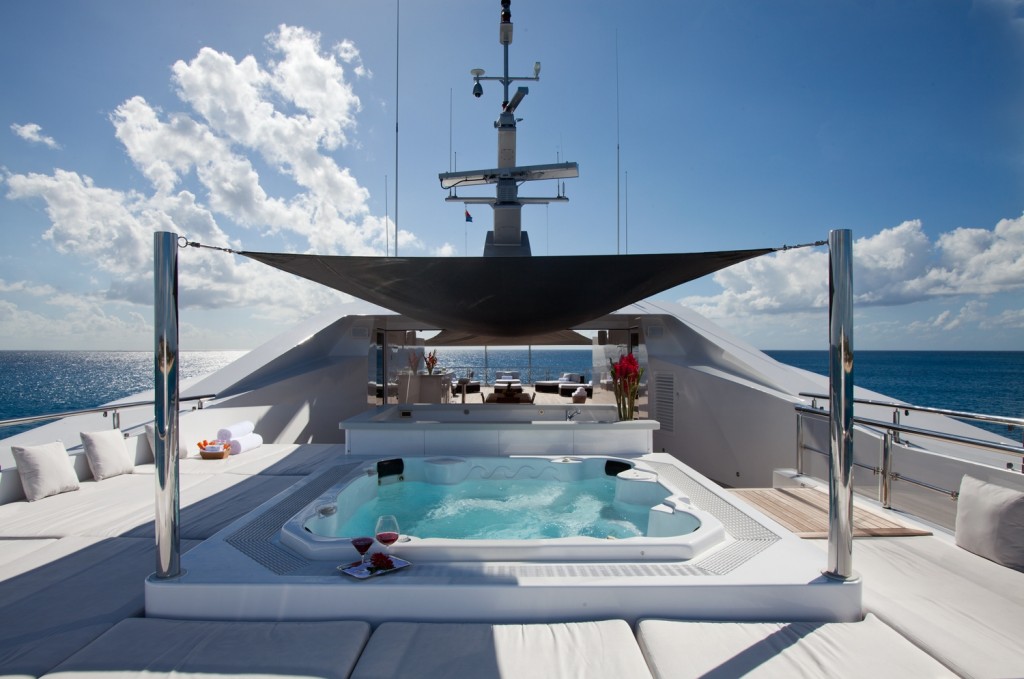 One of the biggest yachts and most-talked about yachts in Cannes for the event was the MailOnline yacht, from which the Daily Mail launched their new digital content agency alongside the mega-popular app Snapchat!

Special celeb guests were invited by the DailyMail on board the superyacht Idol to celebrate their new project and relax in style whilst soaking up the glamour of Cannes! 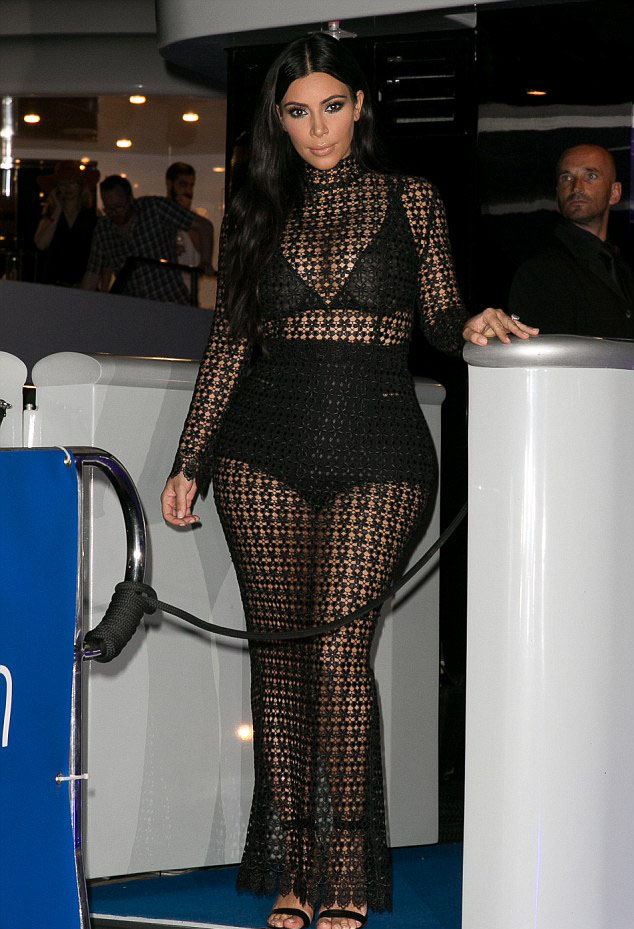 Kim Kardashian was supported at the event by her mother Kris Jenner, half sister Kylie Jenner and her rapper BF Tyga. Kris attended the event with new toyboy Corey Gamble, whom she met back in November 2015 at designer Ricardo Tisci’s birthday bash in Ibiza. Corey has previously worked as a road manager for Justin Bieber! Whilst Corey is 34 years old, ‘Momager’ Kris will celebrate her 60th birthday next year… hello cougar!

Not one to shy away from the attention her family gets, Kris has recently spoken about her ex-husband Bruce Jenner and his transition to life as a woman. She has said that Caitlyn Jenner was ‘beautiful’ and the decision to debut her new look on the cover of Vanity Fair ‘truly inspirational.’ Go Kris!

Meanwhile, the youngest member of the Kardashian family, Kylie Jenner showed off her gorgeous long hair and huge pout (which she recently revealed was cosmetically enhanced) whilst wearing a very similar peekaboo outfit to older half-sister Kim, only in white! Cute! Kylie attended with her boyfriend, rapper Tyga who has been on the scene for a while, famous for songs like Ayo (with Chris Brown), ‘Make it Work’ and ‘Hookah.’ 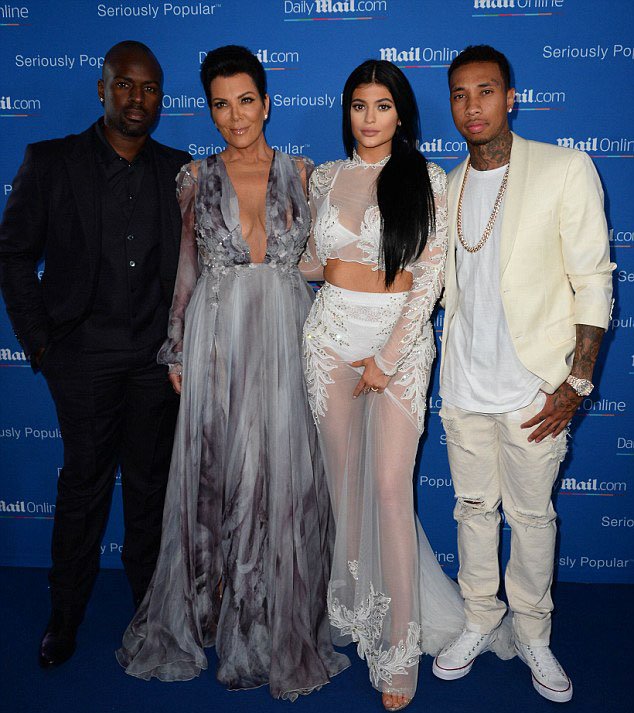 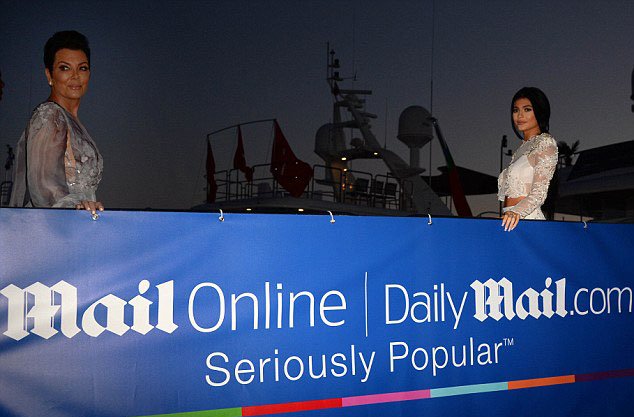 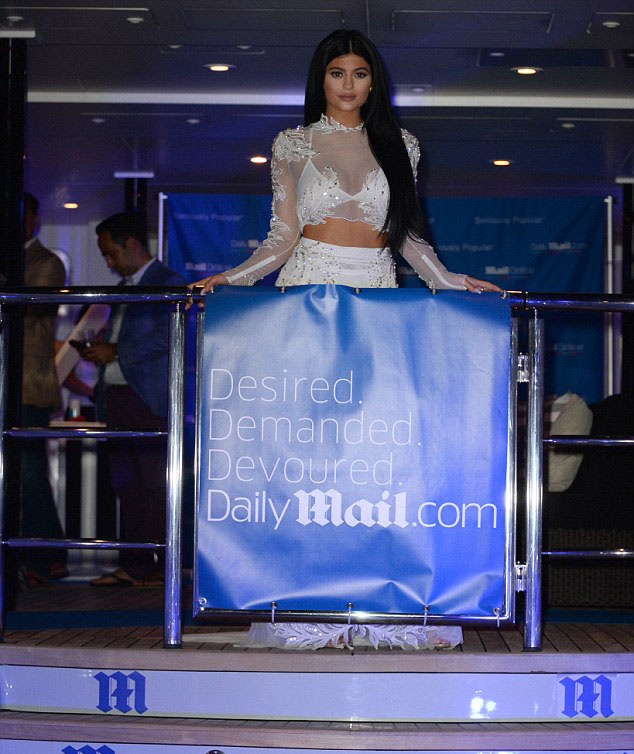 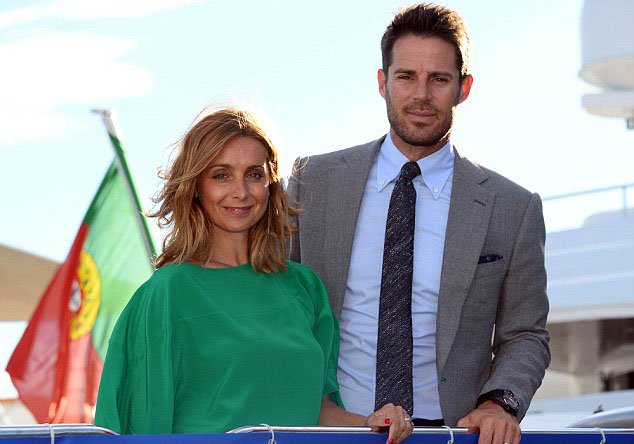 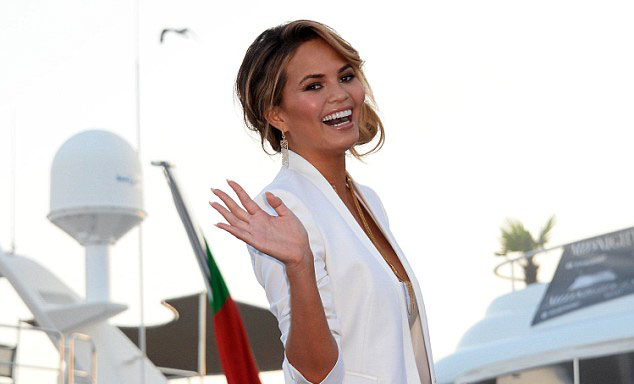