Rihanna Lets Her Hair Down in Sicily on board Superyacht Galaxy 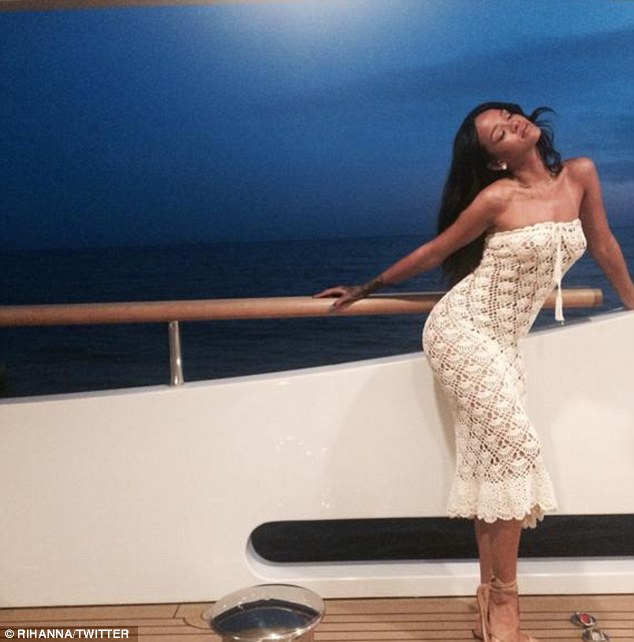 Rihanna took a break from her tour with Eminem  off the coast of Sicily to take selfies and check out the world-renowned Stromboli volcano in action!

The Barbadian celeb said that the experience was something to tick of her bucket list, as she tweeted: ‘Sailed up to an active volcano for dinner #bucketlists***.

The trip looks like nothing but relaxation was on the agenda for her and her entourage as they traveled from Capri to Sicily.

Rihanna didn’t waste any time after the tour to get on board a luxury yacht and this time, her vessel of choice has been Galaxy – a fabulously luxurious superyacht that is 56m/183ft long and comes complete with Jacuzzi, helipad and outdoor eating areas, not to mention the state-of-the-art sound system for her to bang out some tunes!

Galaxy was built in 2005 by Italian shipbuilders Benetti – a favorite of Rihanna since she has booked superyacht Latitude before – another Benetti creation.

But you would need pockets as deep as Rihanna as this yacht costs around $300,000 a week to rent…

Stripping down to a sexy black bikini with gold embellishments the Only Girl In The World singer had her friend play photographer as she posed in an impromptu photo shoot. 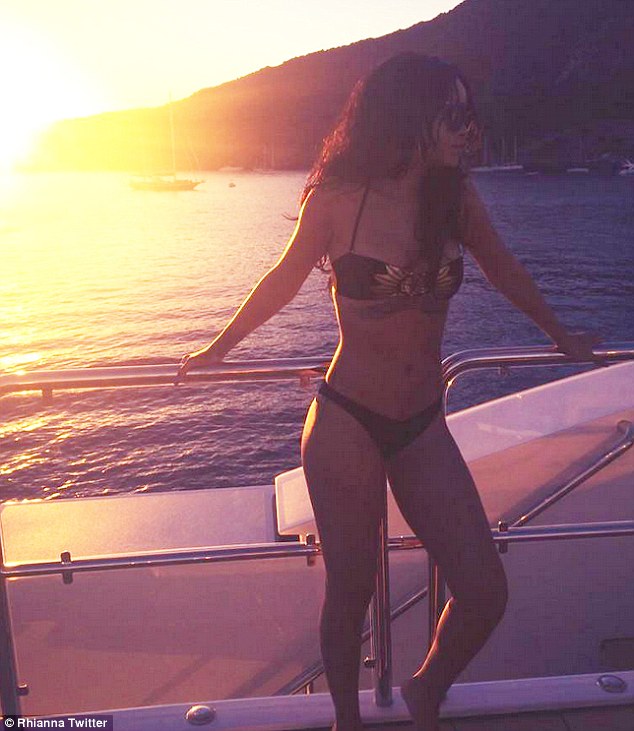 Making the most of her long hair extensions that she recently had done, Rihanna threw her locks around and posed perfectly for her mate to snap away. And like clockwork, the images were then posted on Twitter for her to fans to enjoy.

Rihanna sure knows how to live the good life, after enjoying a summer of yacht-hopping this year!

The star and her lucky friends have only been on holiday since Tuesday after she did her final show with Eminem on Sunday.

The Monster Tour was a co-headlining concert tour by the two artists which began on August 7, 2014 at the Rose Bowl in Pasadena and concluded on August 23, 2014 at the Comerica Park in Detroit. 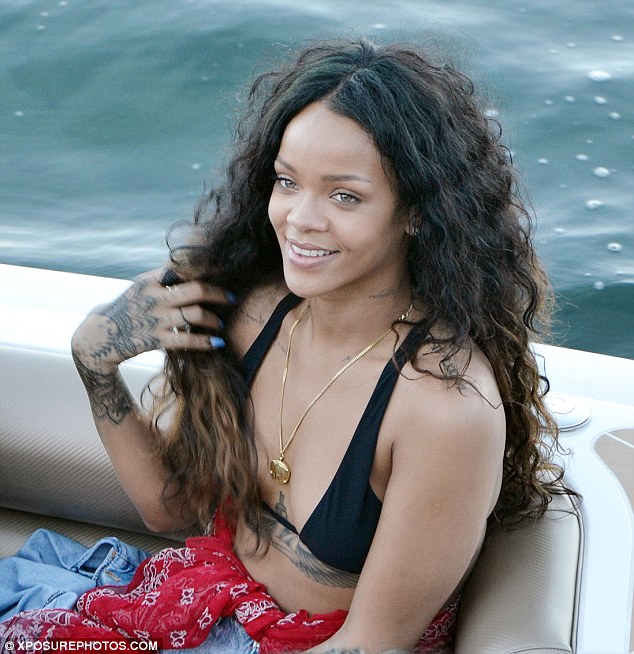 It has been estimated to be one of the highest-grossing tour of 2014 so far in North America, with a gross of $36 million in only 6 shows.