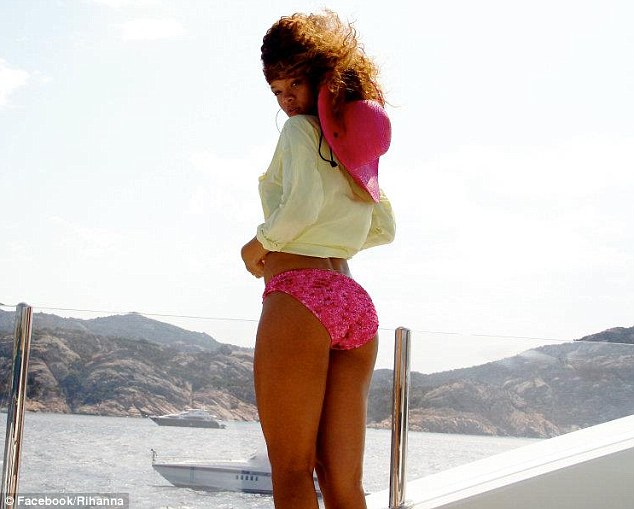 Look who is showing off her curves on board an amazing yacht!

Rihanna has been spotted off the coast of the south of France, frolicking in the water and having fun with her mates, whilst on vacation.

The songstress has rented the fabulous superyacht named Latitude – a 170ft/52m vessel that has a large Jacuzzi on board as well as an array of water toys to use.

As the Barbadian star set sail off the coast of the French Riviera in a $300,000-a-week luxury yacht, the 23-year-old clearly had rest and relaxation on her mind following two highly energetic performances at the V Festival in England over the weekend.

The Umbrella singer wore a variety of different outfits for the Chelmsford and Staffordshire legs of the festival but like on board the yacht, enjoys showing off her legs!

On Saturday’s performance Rihanna took to the stage in super tiny denim shorts and to pay homage to the UK, she wore a cropped top with a Union Flag print.

The Barbadian beauty has over 7million Twitter followers and she thanked all her fans yesterday.

She posted: ‘#7millifollowers I love you! And welcome to all my new followers…’ After her hugely successful performance on Sunday she tweeted: ‘#VFESTDay2 FAWESOME! Love u #uKnavy. The day before that she had posted: ‘#VFESTDay1 I LOVE YOU!!! 80’000 screaming rockstars!!! I can’t wait to see Eminem!!!!’

Rihanna will now take a well-earned break from her long-running tour promoting her album Loud after which time she will perform at another festival in Brazil next month.

She did have a great time in the UK though and spent Friday at the official UK launch of her perfume Reb’l Fleur.

As part of the promotion, she also personally met 400 of her fans at London’s House Of Fraser flagship Oxford Street branch – which no doubt was an amazing experience to remember! 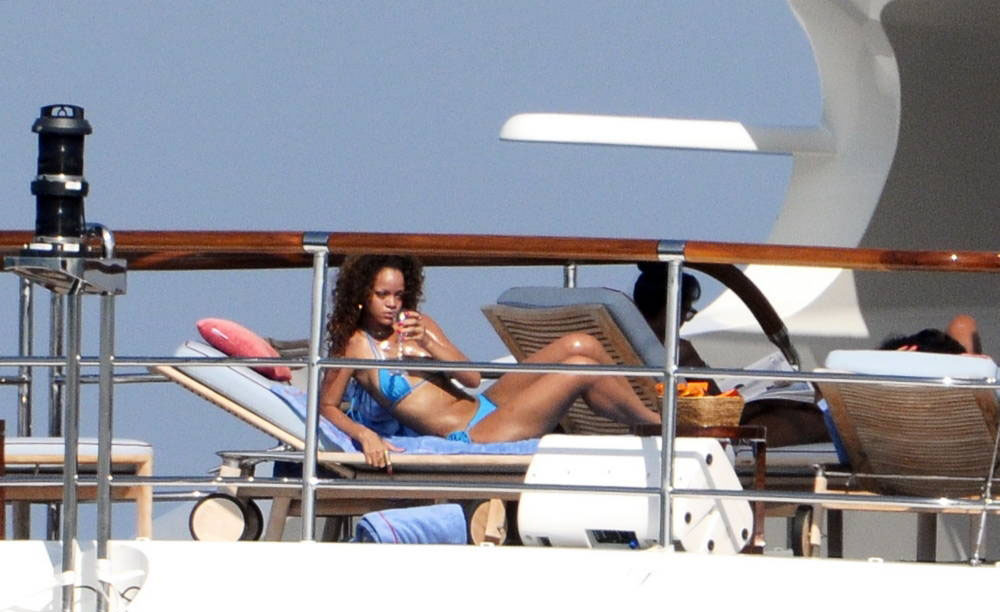 And while Rihanna named her last album Loud – it must have been after her flamboyant personality and dress sense – made even more evident when she is off-duty on a holiday with friends, she can be relied on wear the most eye-catching swimwear available.

She showed off her famous figure below in a multi-colored swimsuit with large cut-out panels by designer Lisa Maree. Who wouldn’t wear a cut-out swimsuit with a body to die for like this?! 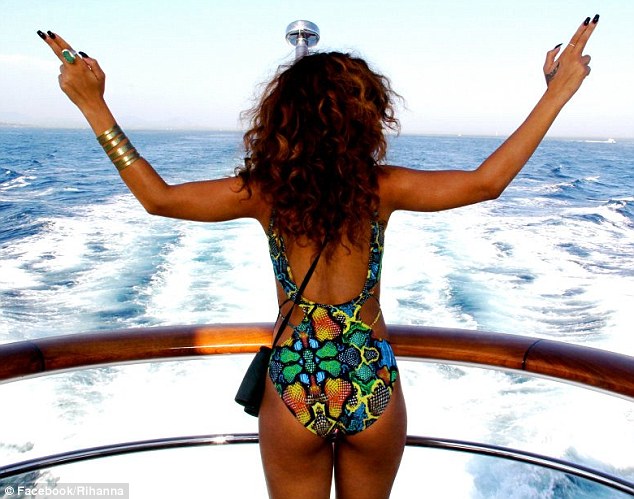 Rihanna was spotted having fun on an inflatable doughnut with her friends as a small speedboat pulled them along, near the renowned port of St Tropez.

And never one to shy away from the camera, Rihanna took some snaps of her and her mates posing and having fun out on deck. Can we be mates with Rihanna please? 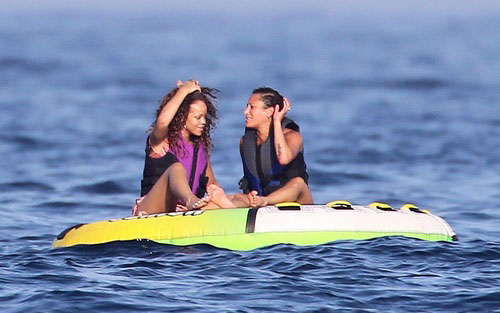 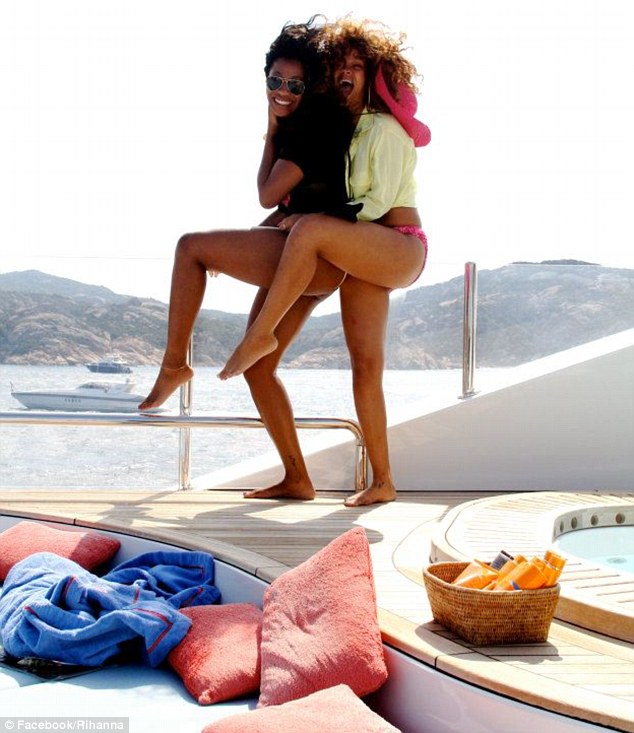 The yacht meanwhile can accommodate up to 12 guests so inviting her friends to stay is never a problem!

And they are properly looked after with around 15 crew members, including an onboard chef to cook them up any delight they fancy.

If you fancy imagining living the high life, check out the interior pics and further details on superyacht Latitude!