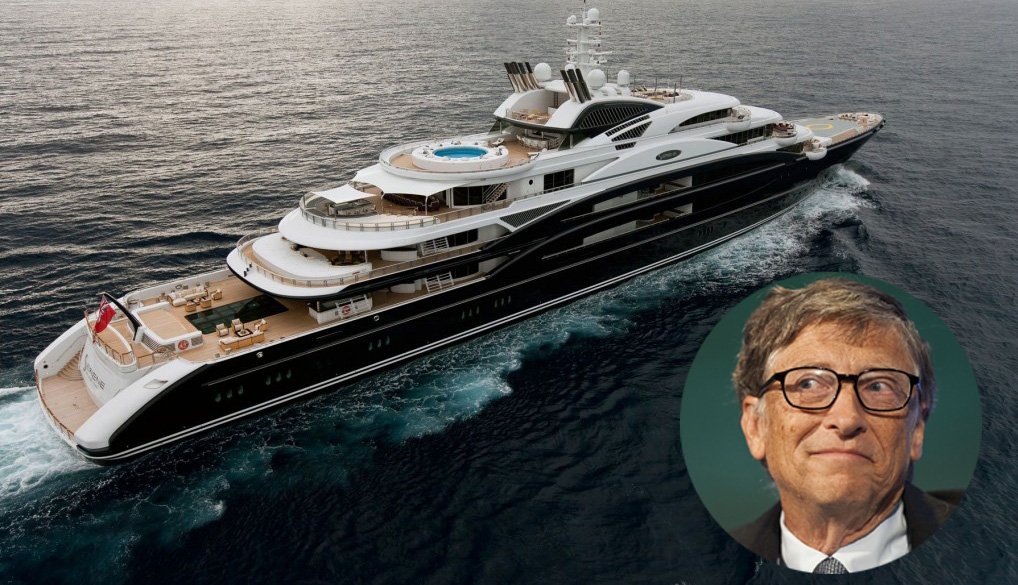 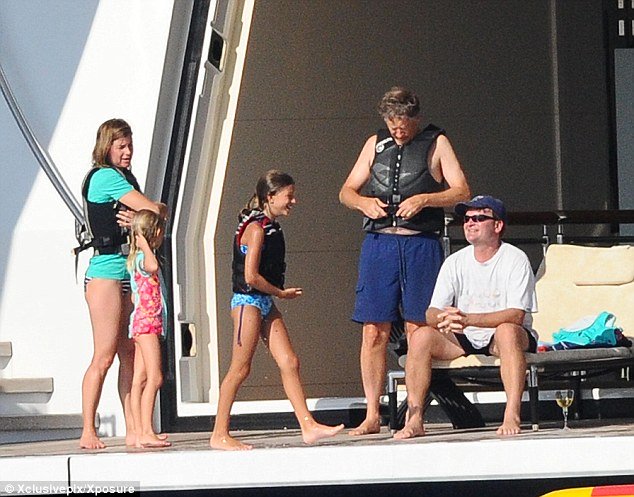 The amazing boat boasts a helicopter landing pad for that awesome private arrival and can accommodate up to 24 guests in 15 cabins, with a crew of 52 – meaning that your every whim would be tended to accordingly. 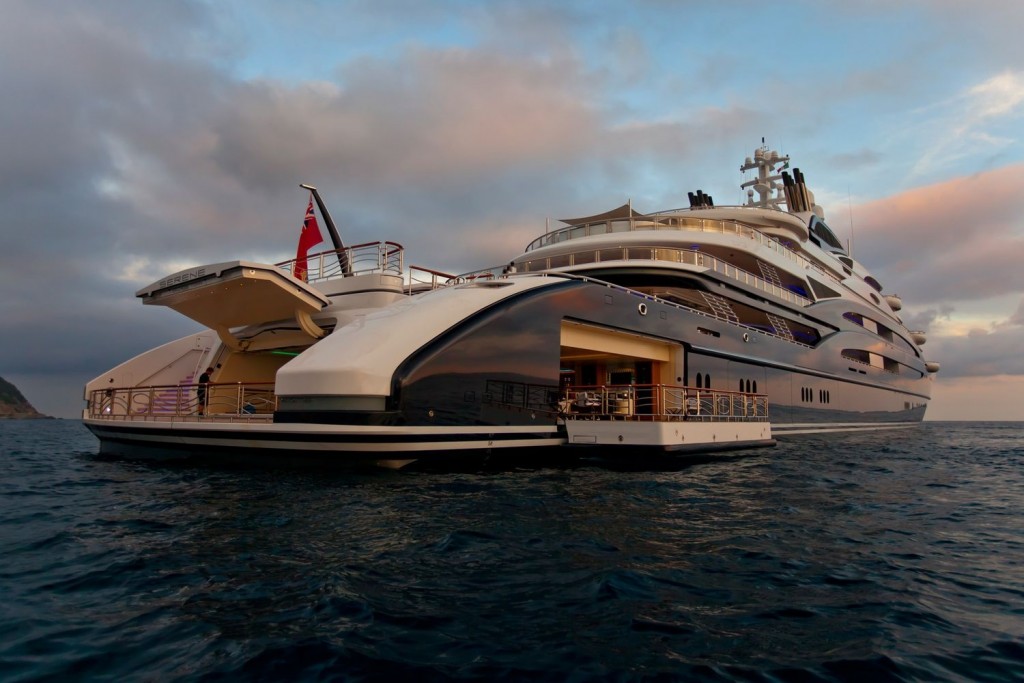 The luxury yacht is personally owned by Russian vodka businessman Yuri Scheffler and its current residents are off the coast of Sardinia, Italy, according to reports in the Daily Mail and other publications.

This huge $330 million ship arrived into port at Seattle’s Pier 90 approximately one year ago, and was the biggest private yacht to ever to glide into Seattle waters.

With very large indoor saltwater pool, two helicopter landing platforms and storage for a large submarine and tender, this is a pretty spectacular playground for someone!

It has hot and cold Jacuzzis, and a jet stream exercise pool. The upper-deck pool is 50 feet long. There are lounges, bars, spas, elevators, a powder-generating “snow room” for kids, a cigar lounge, hair salons, many galleys and wine cellars, a theater, and a room they call “Nemo” that has a glass bottom to view the waters beneath.

There’s a grand dining room, smaller dining areas and a plethora of pizza ovens and grills. And somewhere in all that is a spiral staircase that reaches six of the seven decks. 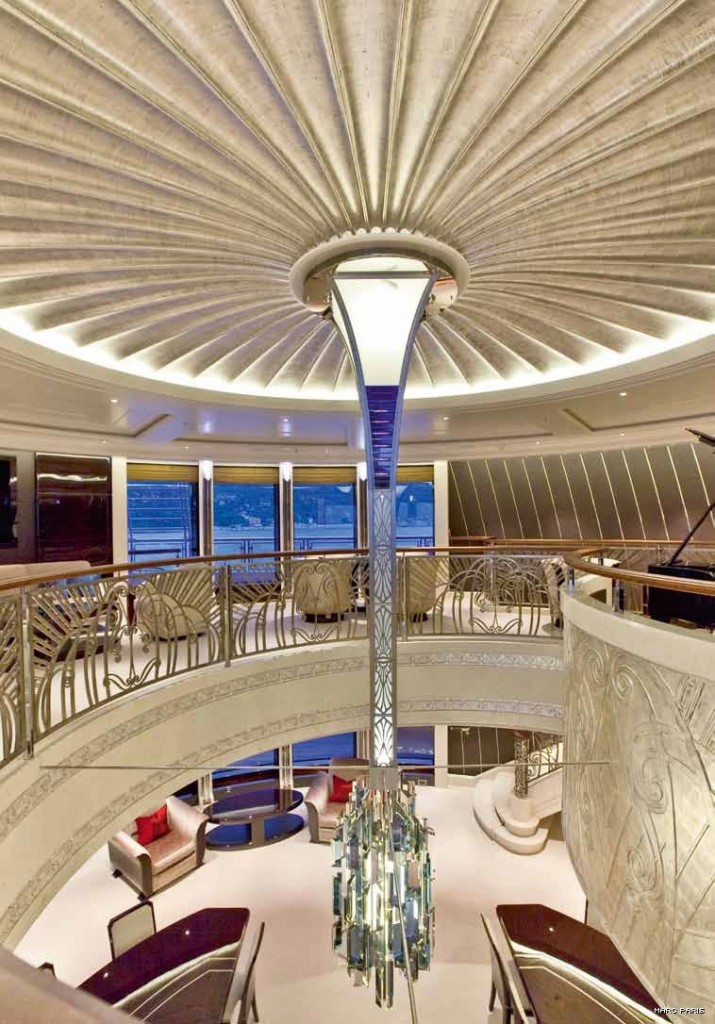 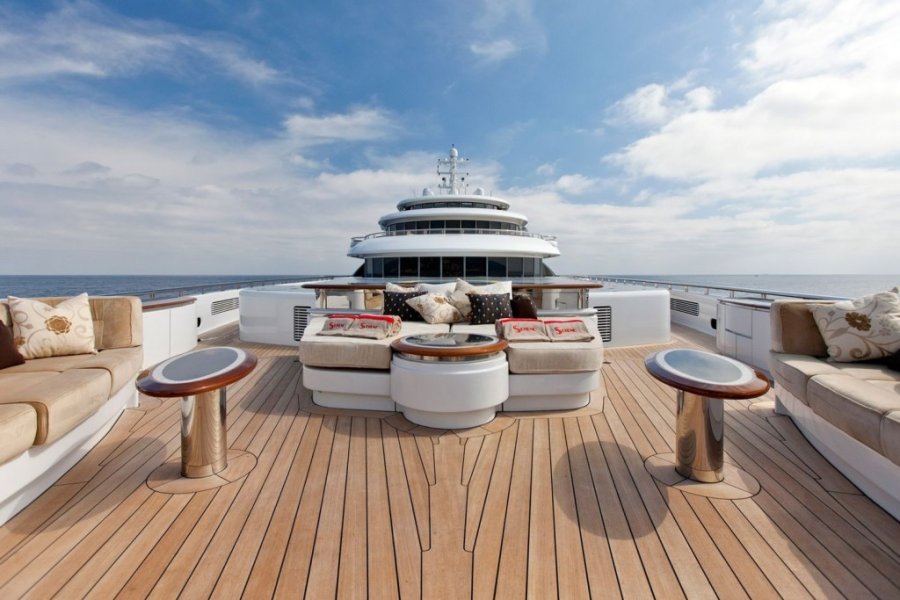