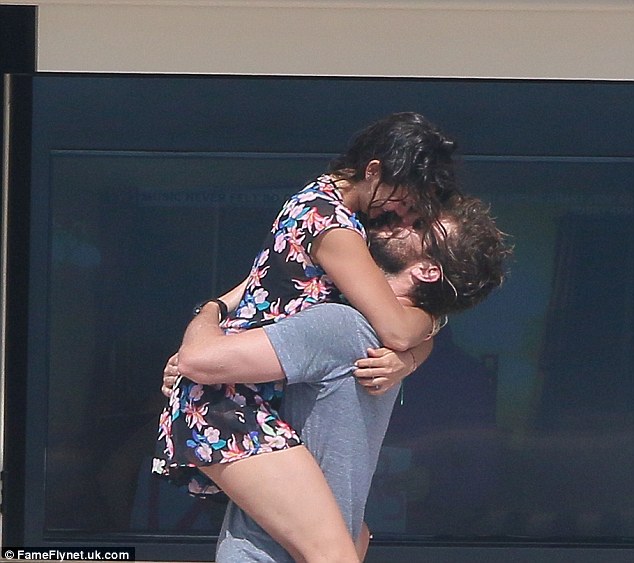 No biting going on here!

The couple were first rumored to be together last month and are now enjoying a luxury getaway in the south of France and by the looks of things are now very much an item! 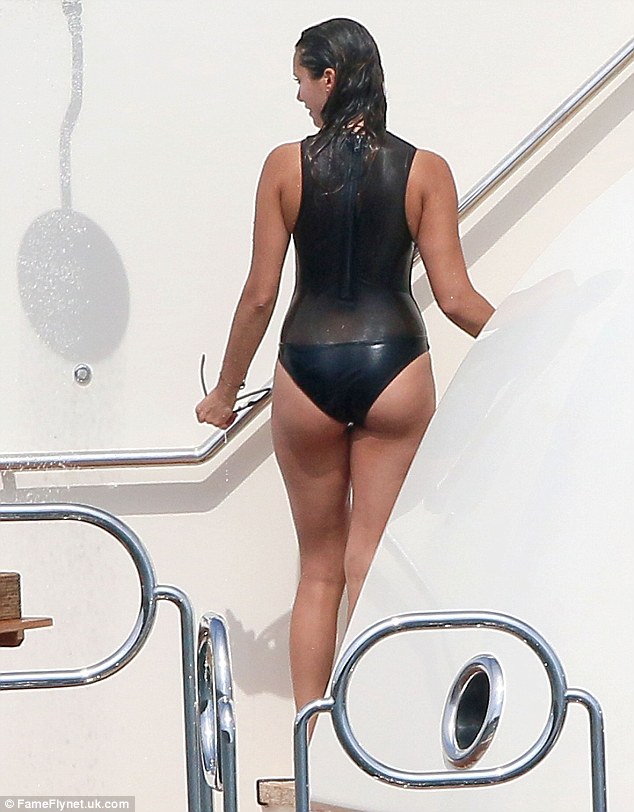 The luxury superyacht Ecstasea is a whopping  281ft /85m long and was built in 2004 by Feadship with a complete refit in 2011. And it is popular among celebrities since Justin Bieber, Zac Efron and Michelle Rodriguez have all been on it before! 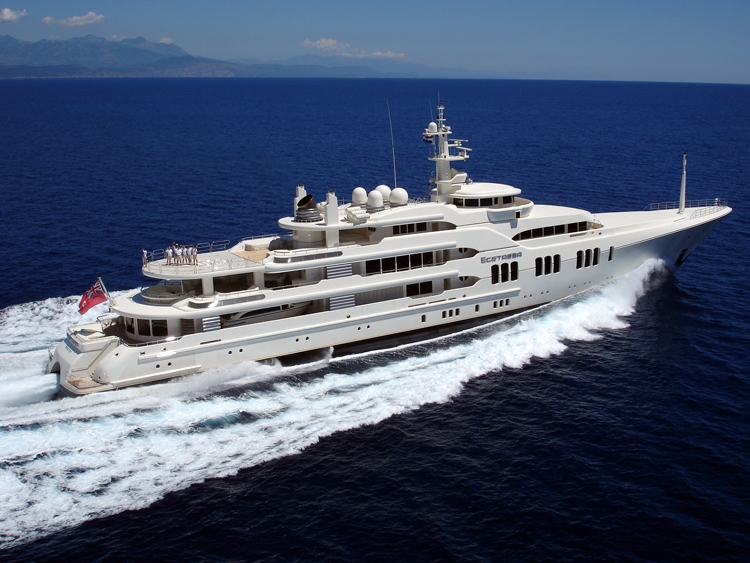 The amazing yacht can sleep up to 12 people and have 25 crew members to wait on you hand and foot… but it does come with a price tag of $500,000 per week… But with these beautiful interiors – you are in for a priceless experience! And speaking of Michelle Rodriguez, she has been on board superyacht Ecstasea for the last week and invited her pals Nina and Austin to join in the fun! 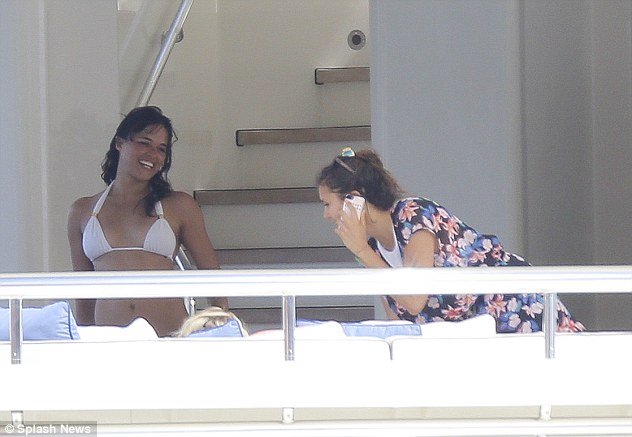 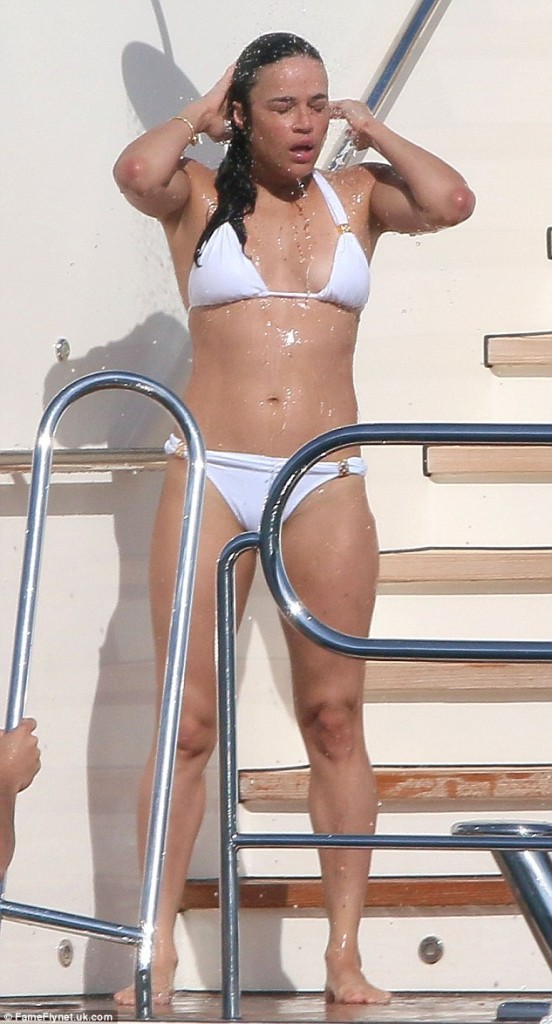 They also took full advantage of the water toys on offer, with Nina and Austin enjoying a spell on a jet ski and on the amazing (but pretty steep) water slide! Nina posted a video of her sliding down backwards to her social media following – she makes it look very easy! 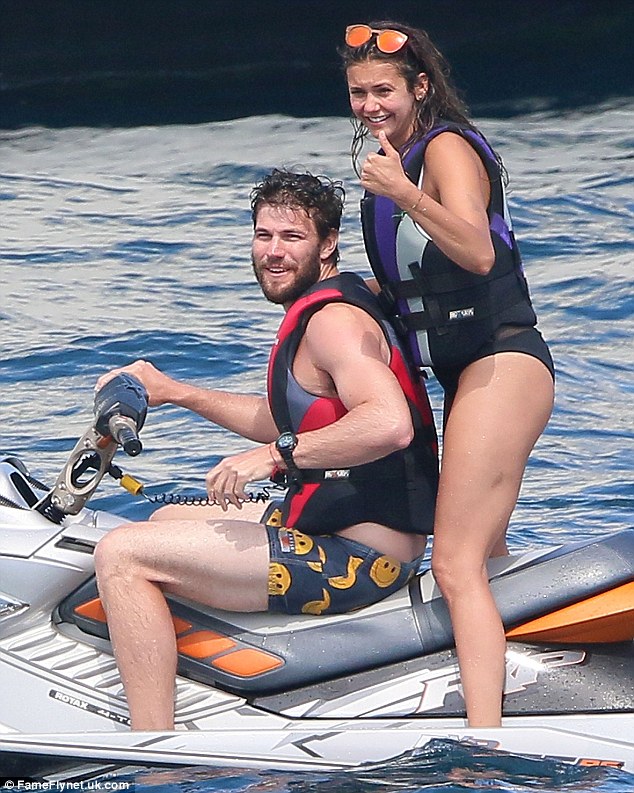 Nina’s beau Austin Stowell is not as well known but his most famous credit to date is starring in the Oscar-winning film Whiplash. Either way, if this love affair continues, he will no doubt be making some more headlines! 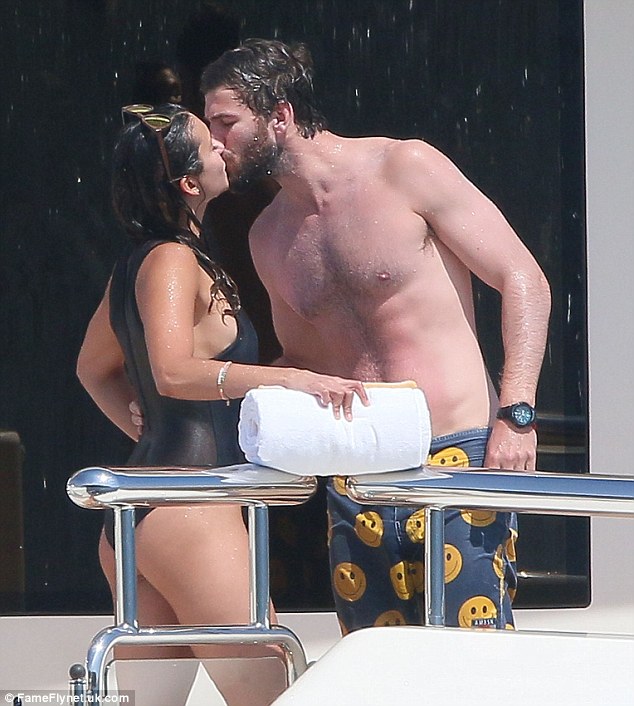 The Bulgarian actress has previously dated Dancing with the Stars star Derek Hough as well as her former Vampire Diaries co-star Ian Somerhalder.

But Ian, also star of hit series Lost, went on to marry ‘Twilight’ actress Nikki Reed in May of this year.

Nina’s character Elena Gilbert was written out of CW soap Vampire Diaries having been on the show for some six years. She told the Hollywood Reporter: ‘The fairy tale has to end, and the next chapter has to begin.

‘I knew this was my time, and I’m excited for the next step.’

Nina’s next film The Final Girls hits US theaters in October.

The stunning superyacht Ecstasea has two helipads, two tenders, a fully equipped gym and a massage room, not to mention the jacuzzis and beautiful interior styling. Bit like a case of wish you were here…!